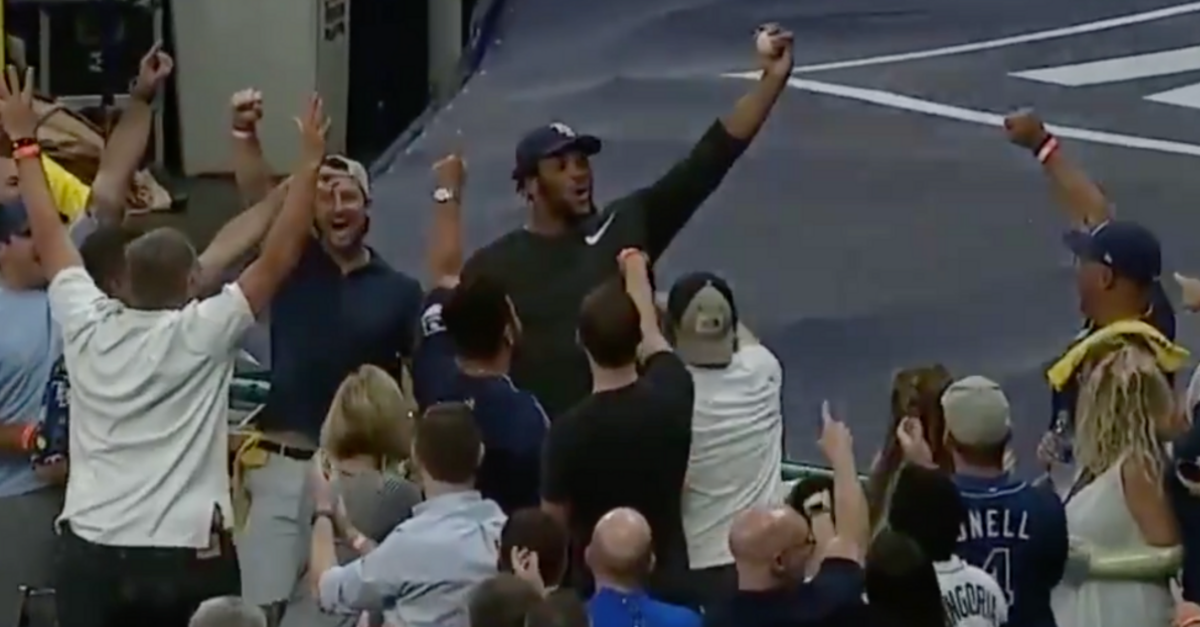 As Major League Baseball fans were watching the Tampa Bay Rays avoid elimination against the Houston Astros on Tuesday night, everyone got an extra treat. No, there wasn?t any kind of dessert giveaway, but another superstar athlete made a play that had nothing to do with the game.

We?ve all seen some impressive foul ball catches over the years, but how often do you see an NFL player make a one-handed grab during an MLB Playoff game? That?s what happened in the bottom of the eighth inning when Rays outfielder Austin Meadows hooked a foul ball down the right field line.

Tampa Bay Buccaneers tight end O.J. Howard used his long arms to snatch the ball out of the air and cause his section Tropicana Field in St. Petersburg, Florida to lose their minds with the one-handed catch during the Rays game.

The TB @Buccaneers TE with an incredible one-handed catch in the stands tonight! pic.twitter.com/myIoJpHPVr

Whether it was his college football days with the Alabama Crimson Tide or since he entered the league in the 2017 NFL Draft, the 6-foot-6 Howard has made some impressive catches in his career. Yet, for whatever reason, he has been absent from the Bucs game plan as of late.

The Internet definitely had its fun after the foul ball catch with his left hand during the American League Division Series (ALDS), including making fun of head coach Bruce Arians and quarterback Jameis Winston.

O.J. Howard has the same amount of catches in Tropicana tonight as he did in the Superdome on Sunday

O.J. Howard just made his best catch of the year pic.twitter.com/y5ffjlLIR7

Sure would be cool if O.J. Howard could, y'know, catch the damn football and get me some fantasy points😭 https://t.co/NH4j1xEtrZ

The Rays ended up winning the ALDS game, but it was the snag everyone kept talking about. Howard had a lot of fun with it, too.

O.J. Howard walks us through the foul ball he caught at the Rays game last night. pic.twitter.com/r13q8yJIiW

?It was one of those things where I was talking with my buddy and then everyone started [saying], ?foul ball.? I saw the ball from the get-go and as it was closing in, I was like, ?I?m not catching it or my hand will be hurt.? Then it looked like it was going to hit me so I had to do something. I just reached back and caught it. That was the moment and everybody was like, ?Pretty cool catch.??

Fans are still waiting to see Howard, the former Alabama star and first-round draft pick, make these plays on the football field, but this was definitely the next best thing.

MORE: Terry Tate?s Super Bowl Commercial is the Gift That Keeps on Giving