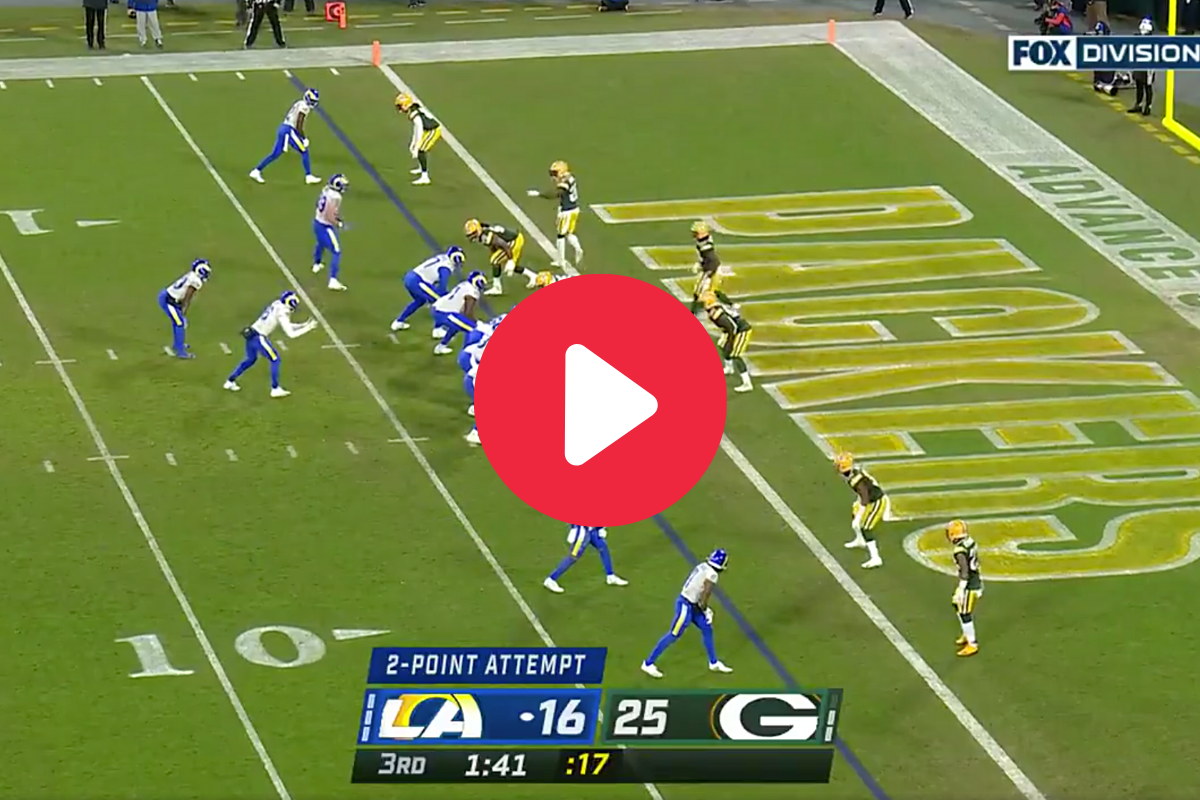 The hook-and-ladder is a timeless trick play. When it works, it’s awe-inducing and usually garners some incredible reactions to it. Often times, teams use it as a last resort when time is expiring.

The Los Angeles Rams decided to break it out in the NFL Divisional round of the playoffs against the Green Bay Packers on a two-point conversion. Head coach Sean McVay didn’t call upon his experienced veterans to execute the nifty trick play, though.

Two rookies hooked up for the easy score to keep the Rams in the game.

The Rams' play design on this 2-point conversion 😍pic.twitter.com/7JmPmzWEEd

Rams rookie running back Cam Akers (a former Florida State Seminoles great) scored a touchdown out of the Wildcat formation to cut the Packers’ lead to 25-16 at Lambeau Field.

On the ensuing two-point conversion, Rams quarterback Jared Goff flipped a quick pass to wide receiver Van Jefferson (a former Florida Gator). He then turned around and lateraled it into the hands of a sweeping Akers, who made his way into the end zone untouched.

The play isn’t completely new. The Miami Dolphins pulled off this exact formation and trick play against the New England Patriots in their win over Bill Belichick in December 2020. Good for the Rams for taking this one and adding it to their playbook.

The Rams took their 2-point conversion play from the Dolphins pic.twitter.com/1gIMo685B9

Unfortunately, the Jefferson-to-Akers trick play wasn’t enough to help the Rams. They lost at the hands of Aaron Rodgers, 32-18, who advanced to the NFC Championship Game against Tom Brady and the Tampa Bay Buccaneers.

The hook-and-ladder will always be around as long as football is being played. This creative variation should be in every head coach’s playbook, because clearly it’s a hard one to defend. Kudos to the Rams for pulling it off in the playoffs.