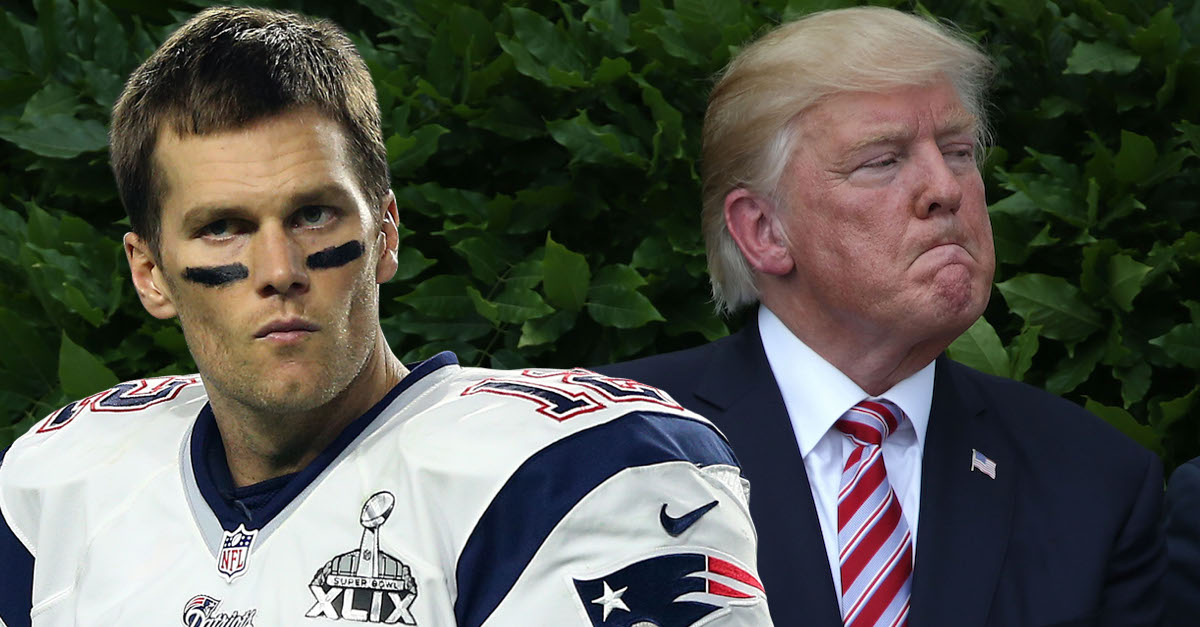 President Donald Trump has not been shy about pushing back on NFL players protesting the national anthem. As a result, the sports world has been set on fire with various players, coaches, front offices and even full leagues responding in kind. And on Monday morning, New England Patriots quarterback Tom Brady followed suit.

In response to Trump, who Brady is famously friendly with, the legendary NFL signal-caller joined WEEI’s “Kirk and Callahan” (via ESPN.com) and took a stance.

“I certainly disagree with what he said. I thought it was just divisive.”

“I just want to support my teammates. I’m never one that says, ‘Oh, that’s wrong or that’s right.’ But I do believe in what I believe in, and I believe in bringing people together and respect and love and trust. Those are the values that my parents instilled in me and that’s how I try to live every day.

“I’ve been blessed to be in a locker room with guys from all over the United States over the course of my career. Some of my great friends are from Florida, Virginia, New York, Montana, Colorado, Texas. I think one thing about football is that it brings so many guys together, guys that you would never have the opportunity to be around, whether it was in college and all the way into the pros. We’re all different. We’re all unique. That’s what makes us all so special.”

Brady did not blast Trump in the same way that many have but he was plain in his comments about disagreeing and referring to Trump’s sentiments as “divisive.”

This certainly won’t placate everyone, especially given Brady’s hesitance (or unwillingness) to come out in the past against the president. Still, it was a bit jarring to see Brady frankly state his disagreement and the reactions will be interesting as a result.

NFL coach to his team on national anthem protests: ?Think of the America we believe in?