Why Didn’t Jake “The Snake” Roberts Win a WWE Championship? 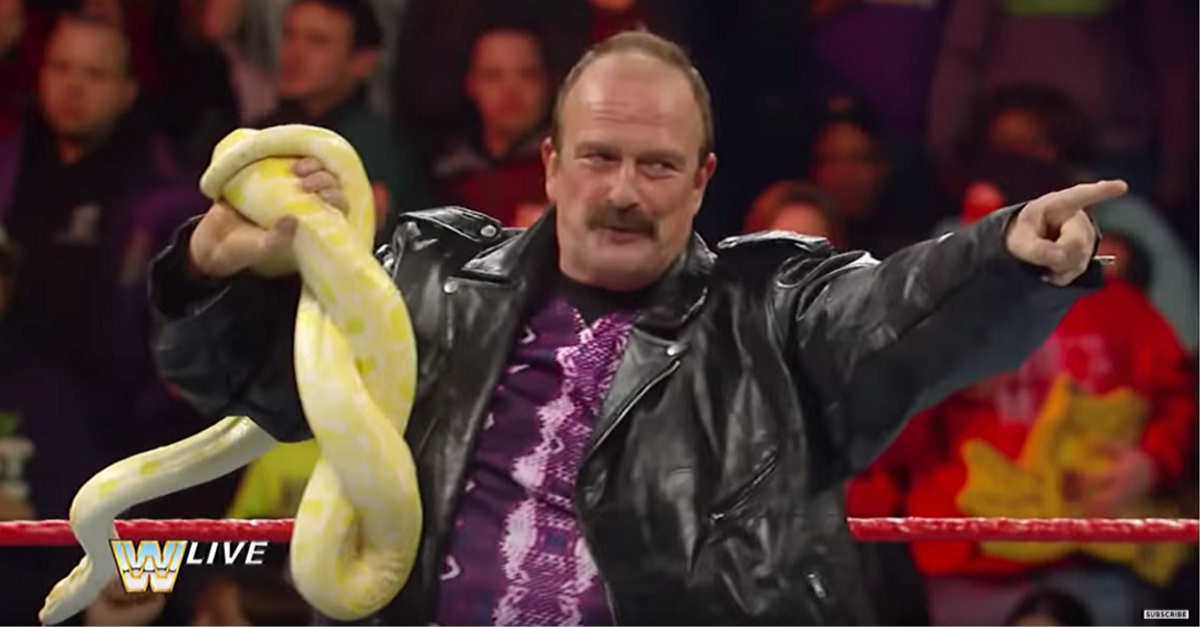 Jake ‘The Snake’ Roberts is undoubtedly one of the greatest minds in the history of professional wrestling. Currently, there are many people who are upset about the lack of character development of wrestlers today. Jake Roberts, however, was among one of the most notable superstars who positively integrated the psychology of storytelling with in-ring performance.

Jake Roberts made his WWF debut in 1986, and his successful runs in his former promotions led to a quick rise in superstardom. As a heel, one of his first feuds was with Ricky “The Dragon” Steamboat, which led to a controversial moment of Roberts performing his DDT finishing move on The Dragon. This led to Steamboat legitimately getting knocked out after falling victim to the DDT on the Saturday Night’s Main Event episode, which caused a major scare during the segment. To make matters worse, Roberts picked up Steamboat’s unconscious body and placed him back into the ring, putting his snake Damien on top of him.

Despite being one of the most villainous heels in WWE, feuding with names such as Tito Santana, Junkyard Dog, Koko B. Ware, and others, Roberts became a babyface during a Snake Pit segment with the Honky Tonk Man, who shattered a guitar over his head. This led to a man between the two at WrestleMania III.

Throughout his time as a babyface, Roberts feuded to top stars such as King Kong Bundy, Rick Rude, Ted DiBiase, Bad News Brown, Rick Martel, and Andre the Giant. He once again became heel in 1991 during a segment including The Ultimate Warrior, showing his alliance with The Undertaker after a series of segments continuing to tell Warrior, “Trust me.” Roberts showed an even colder side than his original heel run, changing his snake from a python to a cobra.

His most notorious moment during his heel run was during his feud with Macho Man Randy Savage, as his cobra legitimately bit Savage while he was tied up in the ropes. Roberts also had a match against The Undertaker (who now was a babyface) at WrestleMania VIII.

Roberts left WWE in 1992 and returned four years later after a short run in WCW and independent promotions, but was not booked as the top star that he was before. One of the biggest moments during this time was making it to the finals of the King of the Ring tournament, losing to Stone Cold Steve Austin. He ended his WWE tenure on a full-time basis in 1997.

Despite being a top WWE name from 1986-1991, Jake Roberts was never WWE Champion. In fact, Roberts never held a recognized championship in WWE. He had an opportunity to win the WWE Championship against Hulk Hogan, as well as forming a tag team with Hacksaw Jim Duggan for a shot at the Tag Team Championships, but failed to reach success in all attempts.

During an interview I had with Roberts on the Pancakes and Powerslams Show, he expressed his thoughts of never winning the WWE Heavyweight Championship (he also expressed thoughts on this subject on the “Pick Your Poison” DVD). I explained to Roberts that, as a wrestling fan, I desired for him to win the world title.

Here was his response as to why he was never champion:

“I don’t think I was ever in line to get it because I simply didn’t need it. I kinda walked my own walk and did my own talk, and it wasn’t something that I need to sure up my Hall of Fame career. But, you know, I was usually in different cities than [Hulk] Hogan was. [WWE] could explain it better than I can. I think I would have been a great champion. I think I would have put rear ends in seats… But, you know, it’s alright with me, man. It doesn’t take away the sweetness. It really doesn’t.”

Roberts was inducted into the WWE Hall of Fame in 2014 after having a restart on life due to rehab through Diamond Dallas Page’s DDP Yoga. Though being one of the most popular professional wrestlers, promo cutters, and in-ring competitors of all time, Roberts was unjustly booked away from the world title scene during his time in WWE.