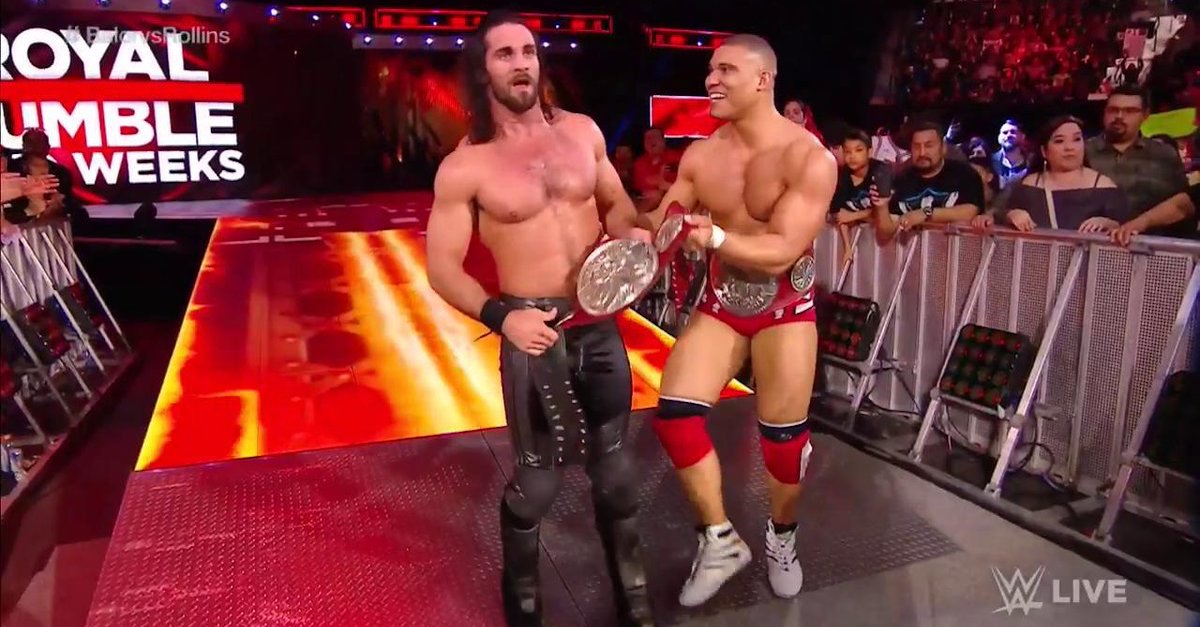 Monday Night Raw opened with a recap of last week and Braun Strowman entered to tell the audience how he’ll win the WWE Universal championship at the Royal Rumble. General manager Kurt Angle arrived and fired Strowman from Raw.

Strowman attacked security and caused mayhem over the first hour of Raw, taking out equipment, more security and even Michael Cole before he was re-hired by Stephanie McMahon.

Paige was announced OUT of the Women’s Royal Rumble match

BREAKING: Due to a neck injury, Absolution's @RealPaigeWWE will be unable to compete in the first-ever Women's #RoyalRumble match. https://t.co/vTZb5p8gMc

This comes after what may be a career-ending injury. Still no decision has been announced on potential retirement.

Roman Reigns def. The Miztourage (w/ The Miz) in a handicap match via pinfall

Asuka def. Nia Jax after Jax was unable to finish her match due to leg injury

Asuka took it to Jax in a competitive, back-and-forth bout. Asuka kicked Jax on the stairs, injuring her knee. She barely made it back in the ring before the 10-count but couldn’t finish the match. The referee called the match after Jax couldn’t get to her feet, and Alexa Bliss came down to the ring to check on her as she was helped to the back.

Jason Jordan distracted the former tag team champions, allowing Crews to get the rollup for the pinfall. Seth Rollins argued with Jordan on the stage after his partner cost the Bar the win.