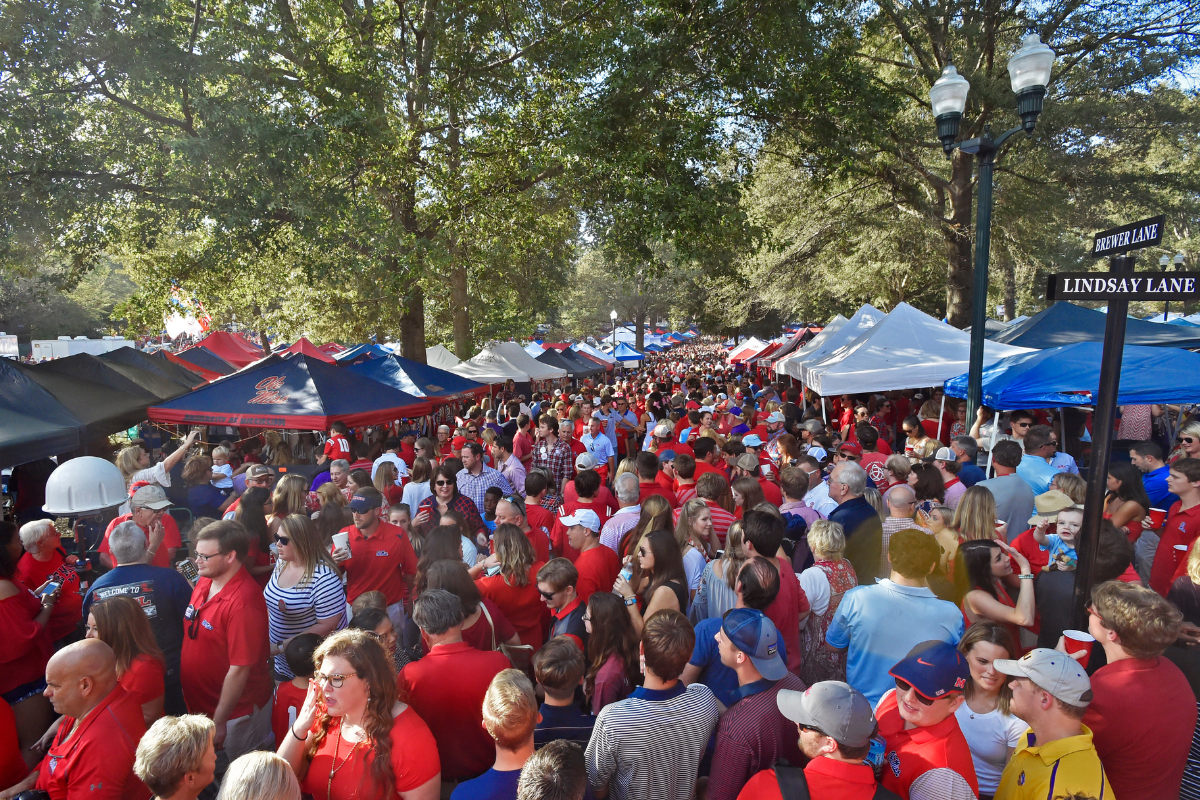 The college football atmosphere is what makes the sport so endearing. There are the traditions, the fight songs, the chants, the passion, the ice luges, the red solo cups and the broken tables. There’s the game, too.

In the Southeastern Conference, it just means more. It’s an undisputed fact written in the NCAA bylaws. The higher stakes means everything means more, especially tailgating.

Tailgating is an entirely different animal in the SEC. They’re more of a production than anything in preparation for the big show on the biggest stage in town. Each SEC school has its claim as a great place to congregate before kickoff. However, some do it better than others.

Vanderbilt’s football team is Nashville’s must-see attraction. It’s got everything: a creepy mascot, a program where Aaron Rodgers’ brother played, dozens of fans and a product on the field that’s second-to-none.

Prepping for a Vanderbilt football game is best done on Broadway Street. Fans love it so much they may skip the game entirely.

Missouri’s campus is probably one of the most underrated in the SEC. Columbia is a cool college town. The thing about Missouri football is attentiveness goes as the team goes. If the team is performing well, tailgates are electric. If they aren’t, as is the case in recent years, tailgates will suffer.

You can never question the passion of Mississippi State Bulldog fans. They’ll show up in rain, sleet or snow to support their team. I met some Bulldog fans at the College World Series a few years back, and they were delightful.

Mississippi State places this low because of the cowbells. Cool at first, and uniquely a MSU thing, but they can get real old real fast.

This is where things get tricky. From this point on, every school has an awesome game day scene. The rankings are neck and neck.

Auburn is a quintessential college town. Orange and navy can be found everywhere and anywhere, and come Saturday, the adrenaline is pumping. Auburn fans dish out all the bells and whistles for their team including margarita machines, body paint, BBQ and Jell-O shots. Let’s not forget they have a freaking eagle fly onto the field prior to kickoff.

Right behind Razorback Stadium sits Road Hog Park, the premier tailgate location in Fayetteville. Arkansas football is the only show in the state, which makes Saturdays that much more special. Families spanning back several generations will migrate to the games to cheer on the Hogs and shout “Woo Pig Sooie” until their voice goes out.

The highlight of Road Hog Park is Porkaritaville, where you can find drinks, food and good times.

College football in College Station means more than it means more to other SEC schools. Aggie fans have the luxury of tailgating in the shadows of Kyle Field at Spence Park aka “Aggie Park.” They embrace opposing fans until its time for kickoff, then it’s all business. A place where the smell of Texas BBQ fills the air is the place to be on Saturday.

The atmosphere at “The Swamp” is special and the tailgating scene is no different. Fans gather is early as 5 A.M. some days to get the train rolling. If you’re not feeling the traditional tailgate check out Rowdy’s or The Swamp Restaurant, a famous Gainesville spot set to reopen in 2022.

Once you’re nice and loose, The Gator Walk is an awesome tradition. Make sure you freshen up on the lyrics to “We Are the Boys” before the third quarter.

Things in Rocky Top have been a bit rocky the past few years but that doesn’t stop Tennessee fans from showing up in full force. Being located on the Tennessee River means being properly equipped for a floating tailgate party. Hundreds of boats gather to form the Vol Navy and cheer on the team.

Go anywhere in Knoxville on game day and you’re bound to have a good time.

Columbia turns into a full-fledged party on game days. South Carolina’s tailgating claim to fame is the Cockaboose Railroad, which features 22 decommissioned cabooses that line the tracks near Williams-Brice Stadium, making it one of the most unique tailgating spots in the country.

You’re bound to hear lots of barking when you go to Athens on game day and not just from beloved mascot Uga. The town, perhaps the most underrated in the conference, turns into an all out doghouse. You can tailgate with the hardcore fans on South Campus or go to somewhere like Five Bar or Allgood Lounge to get ready for Bulldog football. The best part is Sanford Stadium is located right in the heart of it all.

University of Alabama fans go into game days knowing they’re going to win. Why not sit back, relax and enjoy the festivities in peace? Crimson Tide fans haven’t become apathetic in the slightest since becoming the juggernaut of the sport. They’re hungry for more, and a rich game day experience filled with a world-class band and the singing of “Sweet Home Alabama” make it one of the best college football atmospheres.

Frankly, this wasn’t close. Baton Rouge, Louisiana, is THE place to be on a college football Saturday. You can enjoy as much Cajun food as you handle. You can meet Mike the Tiger. You can be a part of the best night atmosphere in the sport. You can party until the sun comes up on Sunday morning. It’s simply the best. No question.