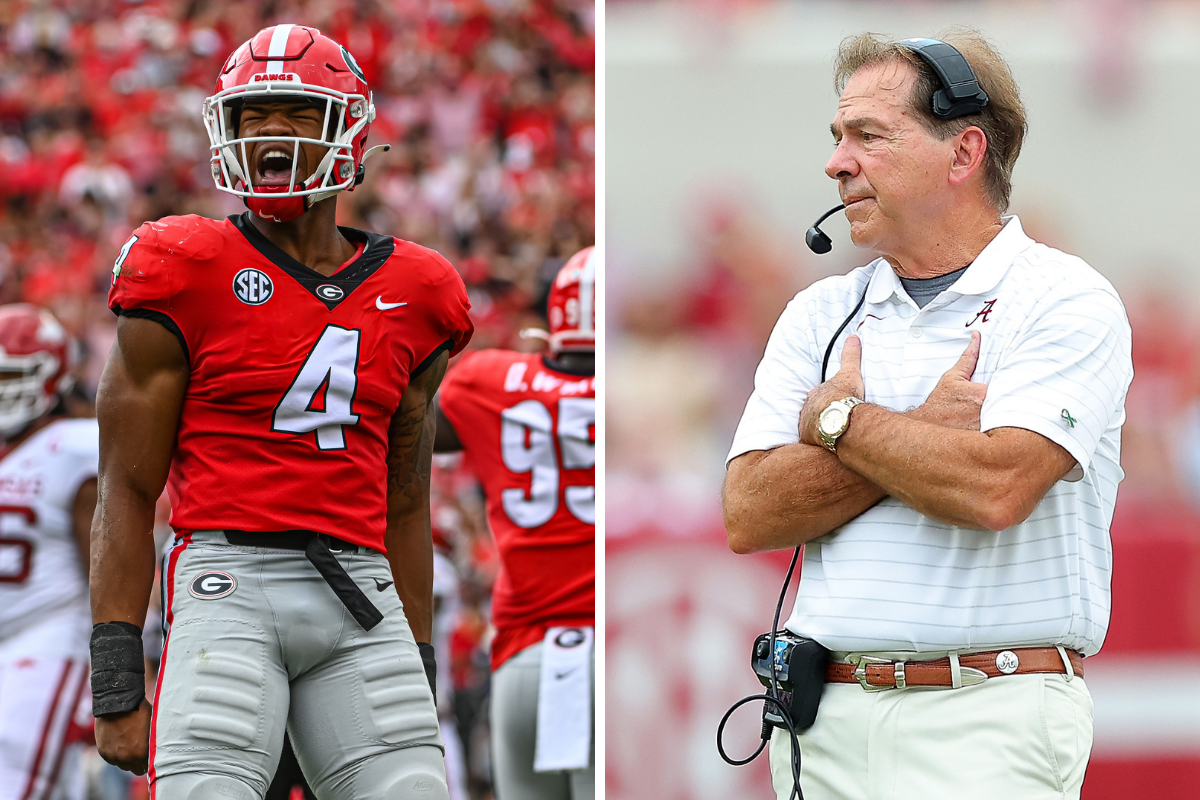 Can you remember the simpler times? When the smell of Hollister was sensory nirvana? When you could kiss each other through the phone (which probably had a cord)? When I chimed in with a haven’t you people ever heard of? This feels like centuries ago.

It’s important to remember the past so we can learn from it. In college football, it’s difficult to remember a time when Alabama wasn’t king. The throne has resided in Tuscaloosa ever since Nick Saban returned from experimenting in the NFL and took the Crimson Tide job in 2007. He’s built a dynasty as great as any in sports, and it doesn’t seem anyone can slow them down.

Sure, Clemson has given the Tide tough matchups. They’ve dropped a few to Auburn here and there. But, for the first time in a long time there is a team out there that is truly better than the Crimson Tide. It can be found in Athens, Georgia.

Why Georgia is Better Than Alabama

No. 2 Georgia SHUTS OUT No. 8 Arkansas, 37-0 👀⁰⁰Definition of domination. pic.twitter.com/AVNQ0trEEt

Georgia is the best college football team in America.

The Georgia Bulldogs have been dominant in 2021. From the opening game against Clemson, Kirby Smart had his team ready to go. The Dawgs hushed the Tigers, 10-3, proving their defense is nothing to mess with.

Through five games against Clemson, UAB, South Carolina, Vanderbilt and Arkansas, the Georgia defense has given up a combined 23 points. That’s an average of just 4.6 points per game. They’ve surrendered just 13 points in SEC play and shutout both Vanderbilt and Arkansas. It should come as no surprise that Georgia is the top-ranked team in total defense, allowing a measly 3.34 yards per play.

It’s downright scary to line up against.

Georgia's 23 points allowed are the fewest through the team’s 1st 5 games of a season since 1937 (14). pic.twitter.com/xspaJqJgwo

Georgia’s defense is allowing 4.6 points per game this season

On the other side of the ball, quarterbacks JT Daniels and Stetson Bennett have successfully steered the ship. Daniels is QB1 but has battled injuries. Bennett has filled in nicely when his number’s been called. Both signal callers have been feeding freshman tight end Brock Bowers, who’s established himself as an electric playmaker.

Georgia’s stats are more than favorable. Their eye test results are even better. Take last week against Arkansas. The Dawgs mercilessly demolished the red hot Hogs, 37-0, and dominated the game from start to finish.

.@GeorgiaFootball has moved to the top of the Allstate Playoff Predictor as the team with the highest chance to win the National Championship.

Let’s be honest, Alabama is still Alabama. They’ve only hiccuped against Florida on the road, and even then they came out victorious. The Florida game showed this Alabama team is vulnerable. Keeping the Tide offense off the field is the key and Georgia has just the defense for the job. UGA can keep Bryce Young, Brian Robinson Jr. and John Metchie III in check. They can force three and outs to give their offense time to work. There isn’t a better built team to stop the Tide.

The soonest I’m able to put my money where my mouth is would be the SEC title game in a very likely preview of the College Football Playoff National Championship. Assuming both teams take care of business, UGA will go into Atlanta with a chip on its shoulder. Everything to prove. Nothing to lose. The kind of mindset perfect for usurping a king.

MORE: Alabama Broke College Football. Here’s How To Fix It