LSU Picks 2 Players to Wear Iconic No. 18 Jersey This Season 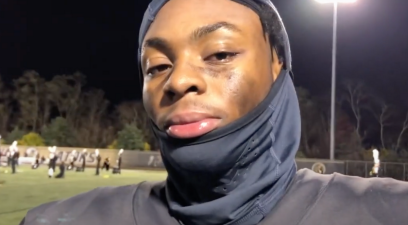 America’s No. 3 Safety Gives LSU Another Stud for Next Year 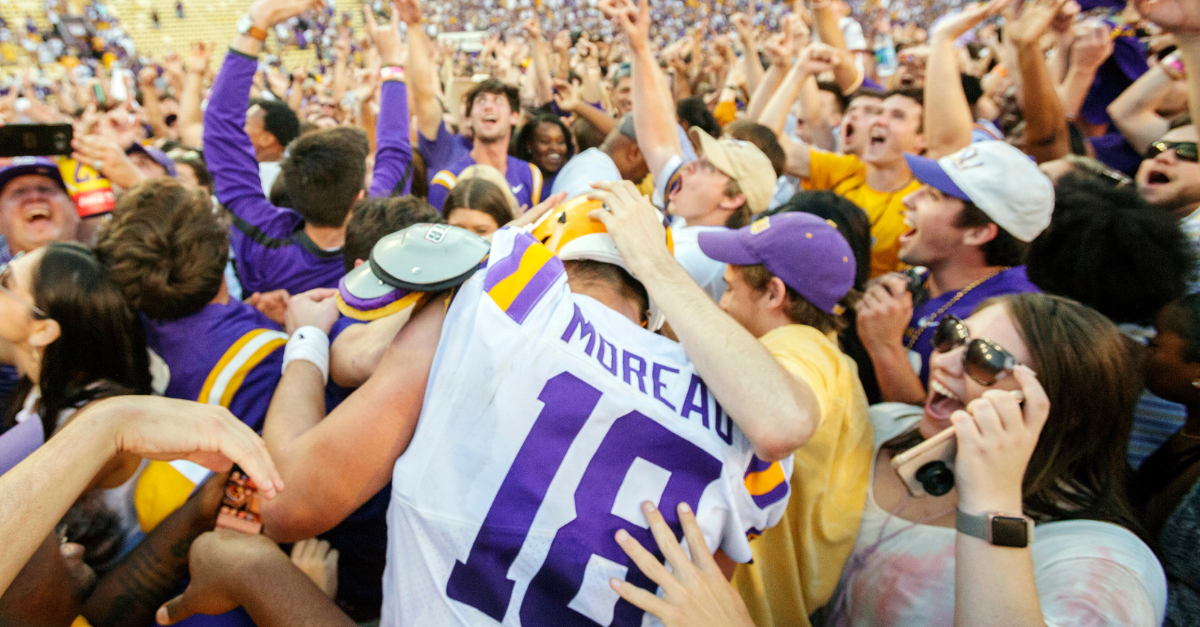 The LSU Tigers football program is loaded with traditions. Go ahead, pick your poison. This song. That chant. One iconic nickname. The list seems endless, but one of the team’s greatest traditions also happens to be one of the newest.

Wearing the No. 18 jersey is one of LSU football’s highest honors. The tradition only began in 2003 when quarterback Matt Mauck, wearing that number for Les Miles, came back from injury to lead LSU to its first national championship since 1958. Synonymous with success both on and off the field, as well as leadership, selflessness and commitment to the team, you can think of every LSU player who wears No. 18 as the team’s fiercest leader.

After LSU wrapped up its first practice of fall camp, head coach Ed Orgeron announced who will wear the jersey this season, and for only the second time, two players were given the honor.

Redshirt sophomore outside linebacker K’Lavon Chaisson and redshirt junior center Lloyd Cushenberry III will both wear the No. 18 for the 2019 season. Due to NCAA rules about lineman only wearing numbers between 50 and 79, however, Cushenberry will continue to wear his No. 79 jersey with a No. 18 patch on it.

The prestigious No. 18 tradition continues with Lloyd Cushenberry III and K’Lavon Chaisson! pic.twitter.com/2jG6y7xhg0

RELATED: Get Hyped for LSU Football by Watching This: “Whatever It Takes”

Entering last year, Chaisson was considered the next, great pass rusher for the LSU defense. The 240-pounder suffered a season-ending knee injury in last season’s very first game against the Miami Hurricanes. Back in 2017, Chaisson became just the eighth LSU true freshman to start the season opener since 2000. Now, he’s back to full strength and ready to prove he’s one of college football’s top pass rushers.

As for Cushenberry, it’s hard to find a more well-rounded football player anchoring an offensive line anywhere in the country. After starting all 13 games at center last season, including playing all 96 snaps in the seven-OT win at Texas A&M, Cushenberry was named to the preseason All-SEC First Team earlier this year. The pride of Carville, Louisiana is the first offensive lineman to receive the No. 18 honor.

What’s even cooler is all of them, living up to the selfless attitude present in every No. 18, took to social media to congratulate the LSU football team’s honorees.

Tradition is synonymous with college football. And in Baton Rouge, LSU’s No. 18 jersey tradition is one of the best. Keep an eye out for Chaisson and Cushenberry this year when the Tigers open the season inside Tiger Stadium against Georgia Southern.