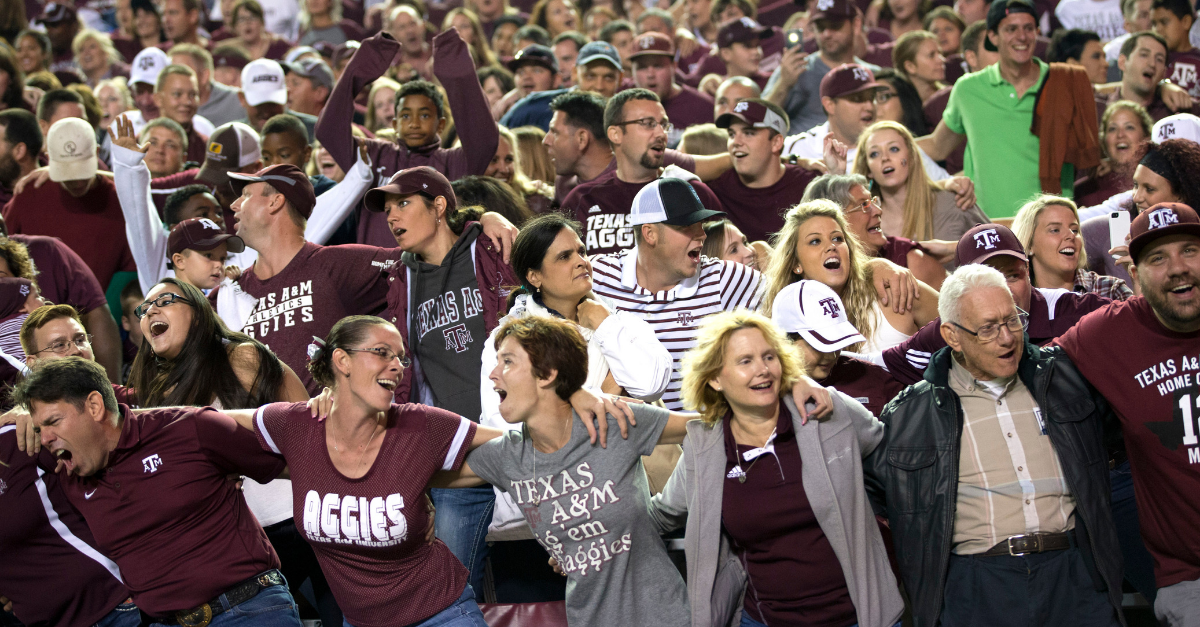 Texas A&M University was the 13th school to join the Southeastern Conference when it came over from the Big 12 Conference back in 2012. (Missouri officially became No. 14 the very next day.) In 2019, however, the Aggies are taking their turn as leaders and becoming the very first SEC school to open beer and wine sales to the general public during college football games.

After the SEC did away with their old traditions and gave its 14 member institutions the choice to sell, or not sell, alcohol during sporting events, the Texas A&M Aggies have stepped up to the plate and will capitalize on the many benefits of getting fans buzzed for massive showdowns at Kyle Field this fall.

“This is another way we are enhancing the amenities at Kyle Field,” Interim Director of Athletics R.C. Slocum said in a news release. “We are extending the availability of alcohol beyond the premium areas which have had this option for many years. Fans, 21 and older, will have the option to purchase alcohol, regardless of seating area.”

A variety of alcoholic beverages, including both domestic and imported beer, plus a selection of wines, will be available for purchase stadium wide until the end of the third quarter, according to the release.

Now, Texans can enjoy a Lone Star with breakfast, chow down on some vodka infused cherries during the tailgate, and enjoy an ice cold Shiner Bock during the first half of the Aggies’ home opener against Texas State on August 29.

It’s unclear if other athletics events at Texas A&M will offer alcohol sales as well.

RELATED: Georgia to Sell Beer During Games, But Only If You Have $25,000

The new rules, which were passed during the SEC Spring Meetings in May, do not allow for vendors to walk around selling alcohol in the stands and also limits the number of drinks fans can buy each time they head for the concessions.

“Our policy governing alcohol sales has been a source of considerable discussion and respectful debate among our member universities in recent years,” SEC Commissioner Greg Sankey said. “We are committed as a Conference to ensuring that all changes in policy are implemented in ways that respect and sustain the traditions that make the SEC game-day experience exceptional for all attendees.”

If Kyle Field and the 12th Man didn’t already create one of the toughest places to play in the NCAA, you can expect it to be a notch louder when over 100,000 Texans have a few libations in their bellies throughout the year in College Station.