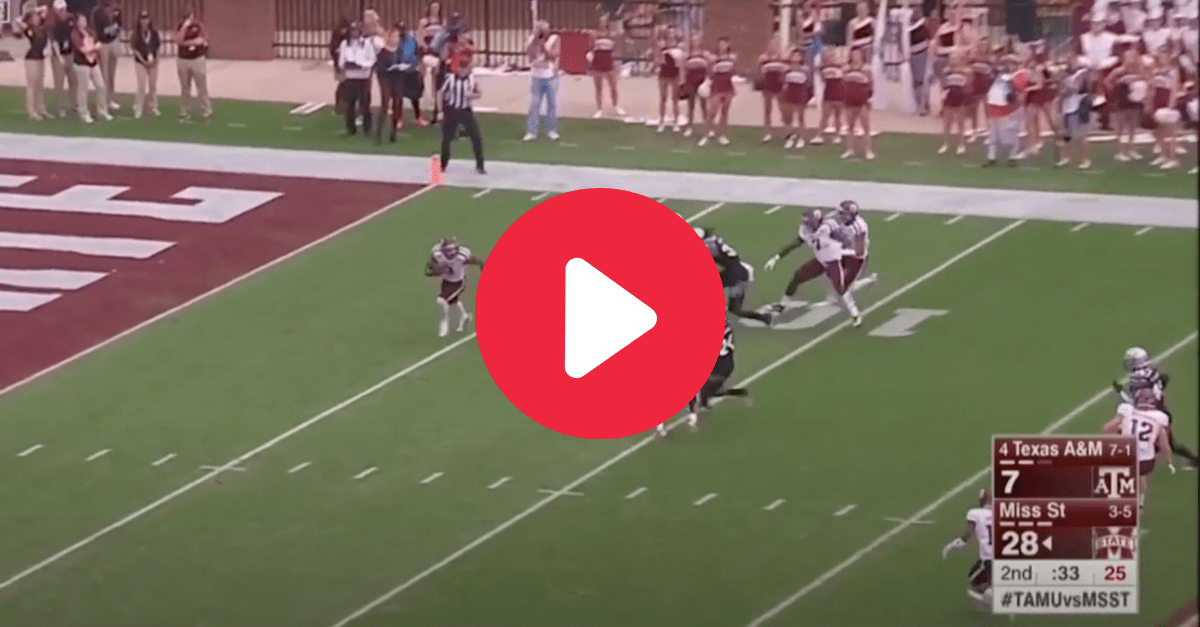 TAMU had stars on both sides of the ball. Myles Garrett terrorized SEC quarterbacks as a junior before becoming the first overall NFL Draft pick. On offense, Aggies wide receiver Christian Kirk blossomed into a receiving threat and special teams star. The sophomore returned three punts for touchdowns in the 2016 season alone and another three more in his NCAA career.

When No. 7 Texas A&M traveled to Starkville to take on the Mississippi State Bulldogs, Kirk showed the entire college football world what a blend of speed and agility can do to another team.

RELATED: ?Manziel to Evans? Produced 95 Yards of Magic Against Alabama

The Aggies found themselves down 28-7 with less than a minute to go in the first half. TAMU’s defense was having trouble stopping MSU head coach Dan Mullen and quarterback Nick Fitzgerald’s passing attack.

Kirk fielded a sky-high punt at his own seven-yard line. He immediately bolted out to his right and zipped past numerous oncoming Bulldogs. He weaved his way through a few more and left the rest in the dust for a ridiculous 93-yard touchdown at the end of the second quarter.

All Dan Mullen could do was tip his visor.

Kirk wasn’t finished. He added another seven receptions for 144 yards and a second touchdown. His 54-yard score from Jake Hubenak pulled the Aggies within seven late in the game. Ultimately, Mississippi State pulled off the upset, 35-28, and changed the College Football Playoff rankings landscape that season.

As for Kirk, the Arizona Cardinals selected the dynamic player in the second round of the 2018 NFL Draft. The 23-year-old has amassed 1,299 receiving yards through his first two professional seasons and figures to improve as he and Kyler Murray develop.