The Lopez Twins Finally Played Together Again After 11 Years Apart 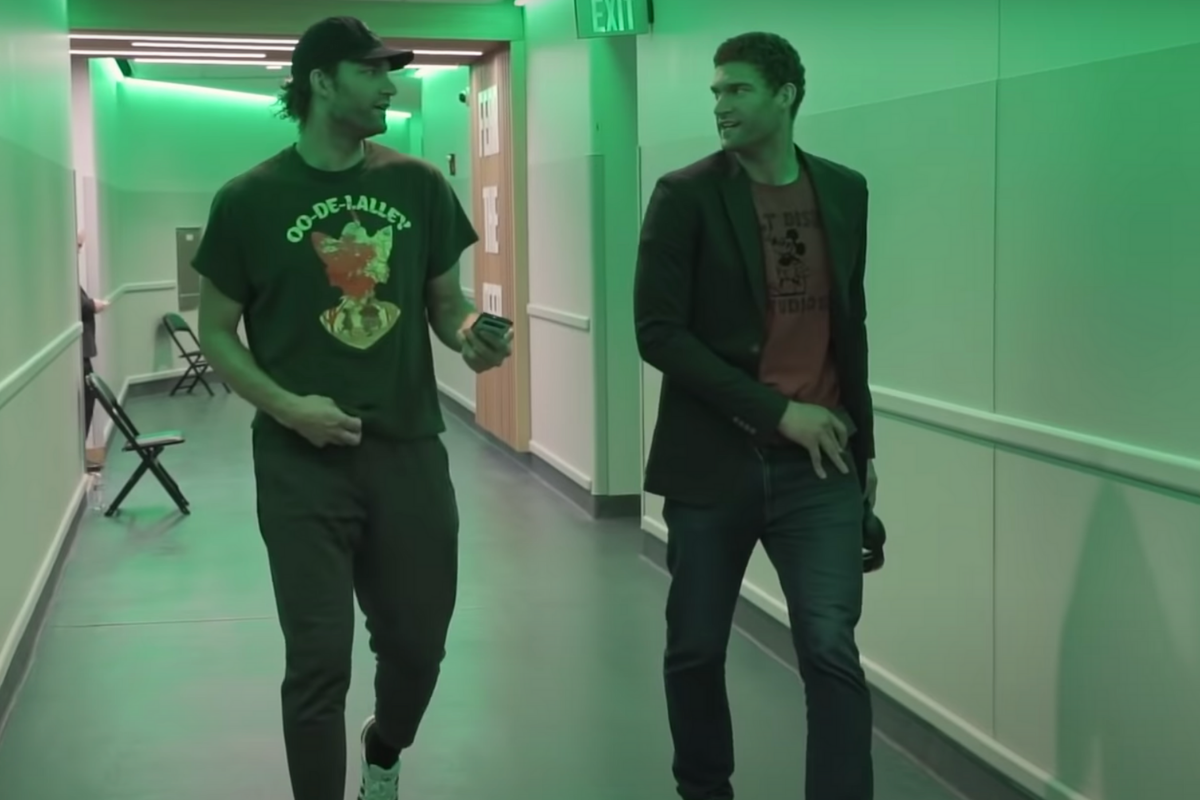 Up until their NBA careers, Brook Lopez and Robin Lopez did everything together. They came into the world just a minute apart, they each grew to 7-feet tall, and they naturally shared the basketball court.

Their hoops stories have been intertwined for the vast majority of their existence. The Lopez twins spent the early part of their lives in Oak Harbor, Washington to be closer to their older brother Alex, who played at the University of Washington.

Their mother, Deborah Ledford, moved the family to Fresno, California, where the twins played at San Joaquin Memorial High School. The Lopez train kept rolling to Stanford University. After two successful seasons with the Cardinal, Brook and Robin entered the 2008 NBA Draft.

For the next 11 years, the Lopez brothers circulated the league solo; until this season, when they reunited in Milwaukee.

The Lopez Brothers on the Milwaukee Bucks

RELATED: Anthony Davis’ Iconic Unibrow is Part of His Identity

In the draft, Brook was selected 10th-overall by the New Jersey Nets. Robin went five picks later to the Phoenix Suns. Brook Lopez spent nine seasons with the Nets, making the NBA All-Rookie First Team in his first season. He played a year on the Los Angeles Lakers before signing with Milwaukee in 2018.

Robin Lopez has been more of a journeyman, having made stops with the New Orleans Hornets, Portland Trail Blazers, New York Knicks, and Chicago Bulls in addition to the Suns. Robin joined his brother in Wisconsin by signing a two-year, $9.7 million deal with the Bucks as a free agent in the 2019 offseason.

Brook and his twin brother were hooping together again for the first time since Stanford, and more importantly, sharing their affinity for all things Disney —especially Star Wars.

According to ESPN, the brothers embarked on a day trip to Disney World between games in early December 2019 to experience the latest intergalactic excursion, Star Wars: Rise of the Resistance, on opening day (Nerd alert). They love Disney so much that Brook — Milwaukee’s starting center and a 2013 All-Star — built a house on the park’s property. Trips to Disney’s international destinations in Paris and Tokyo are commonplace. Now that the two are back together, these getaways are more accessible.

The two gush over comic books and space wizards, but their priorities lie on the court. They have a playful relationship, busting each other’s chops and making jokes at the other twin’s expense. Humor aside, their battles on the court are ultra competitive.

Bucks head coach Mike Budenholzer took notice and told the brothers to “take it easy on each other” in an early season meeting.

The NBA playoffs didn’t play out how the Bucks would’ve liked. In the second consecutive year of posting the best record in the league and falling to the Toronto Raptors in the Eastern Conference Finals last season, the Miami Heat bested them in five games in the second round.

This is shockingly the second biggest upset of the 2020 postseason after the Denver Nuggets overcame a 3-1 deficit to defeat title-favorite Los Angeles Clippers in the Western Conference semifinals.

The Lopez brothers have potentially one more year to chase a championship together. They poke fun and don’t take themselves too seriously, but on the basketball court one thing is certain: Brook and Robin have each other’s backs.