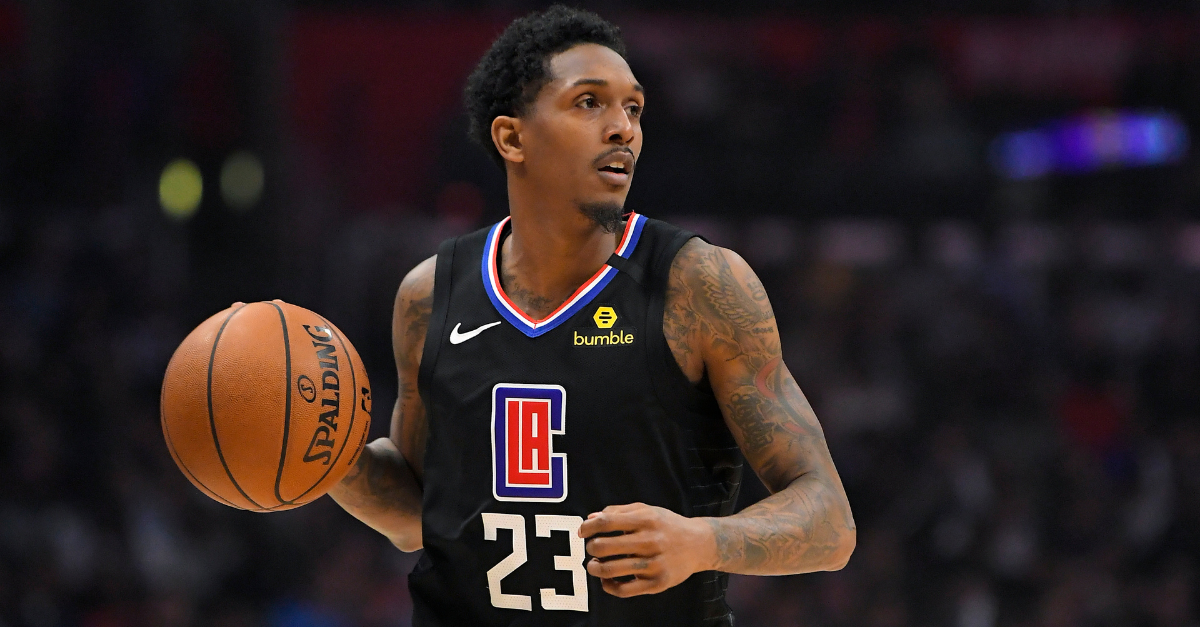 Having a guy who can come off the bench and create his own shot is the ideal sixth man in the NBA. It’s a big reason why the league’s Sixth Man of the Year Award revolves around these type of players.

Los Angeles Clippers guard Lou Williams helped mold this archetype. He’s the scorer who can take the pressure of the starters when they rest, and becomes the go-to bucket getter in the second unit.

Williams has come into his own in his 15 years as an NBA player. He cut his teeth straight from high school and just made the deadline in the last draft prep players were eligible.

Louis Williams was born in Memphis, Tennessee and attended South Gwinnett High School in Snellville, Georgia — a suburb of Atlanta. He was one of the best high school basketball players in the country during his time at SGHS. The shooting guard showcased many of the skills we see today: the ability to score from anywhere on the floor, crafty driving, and athletic finishes.

He was a four-time All-State selection and was named Georgia’s “Mr. Basketball” as a junior and senior. As a junior, he propelled the Comets to the Georgia 5A State Championship.

At the conclusion of his high school career, Lou was named the Naismith Prep Player of the Year and a McDonald’s All-American in addition to being named a First-Team Parade All-American with the likes of Greg Oden, Josh McRoberts, Tyler Hansborough, and C.J. Miles.

According to major recruiting sites 247Sports and Rivals, the shooting guard was the sixth and seventh-ranked overall prospect in the 2005 class, respectively. At the time of his graduation, he was the second all-time leading scorer in Georgia basketball history

He planned to stay in-state and play college basketball for the University of Georgia Bulldogs. However, he changed his mind and declared for the 2005 NBA Draft. The Philadelphia 76ers selected him in the second round with the 45th overall pick.

Lou Williams in the NBA

As a rookie, Williams struggled to make the adjustment to the pros — averaging 4.8 minutes and 1.9 points per game. He floated between stops with the Fort Worth Flyers — the former 76ers D-League team — and Philadelphia. He was permanently called up to the 15-man roster once Allen Iverson was traded in December 2006.

Williams considers Iverson a mentor and a muse behind his style of play. The two heavily competed in practices and formed a strong bond.

After seven years in Philly, the second-round pick played for the Atlanta Hawks, Toronto Raptors, Los Angeles Lakers (where he was teammates with Kobe Bryant during his final season), Houston Rockets, and LA Clippers. He was included in the package deal that sent All-Star point guard Chris Paul from LA to Houston in 2017.

Williams has made a career buying into his role as the No. 1 scoring option off the bench. He won the NBA Sixth Man of the Year award in 2015, 2018, and 2019. He’s tied with journeyman Jamal Crawford for the most Sixth Man award wins ever.

Kawhi Leonard, Paul George, Patrick Beverley, and the rest of the Clippers accompanied Williams to South Gwinnett, where the school renamed the gym in his honor. The court is appropriately called “LouWillVille” and features his silhouette. The celebration is documented in a four-minute short produced by Fox Sports West.

Lou made a life-altering decision to skip college in favor of the NBA. Had he played at the college level, he may have never grown from the challenge of battling against pro talent as a teenager. It’s worked out well for him.

Whichever team he plays for, Lou Williams is a vital member.