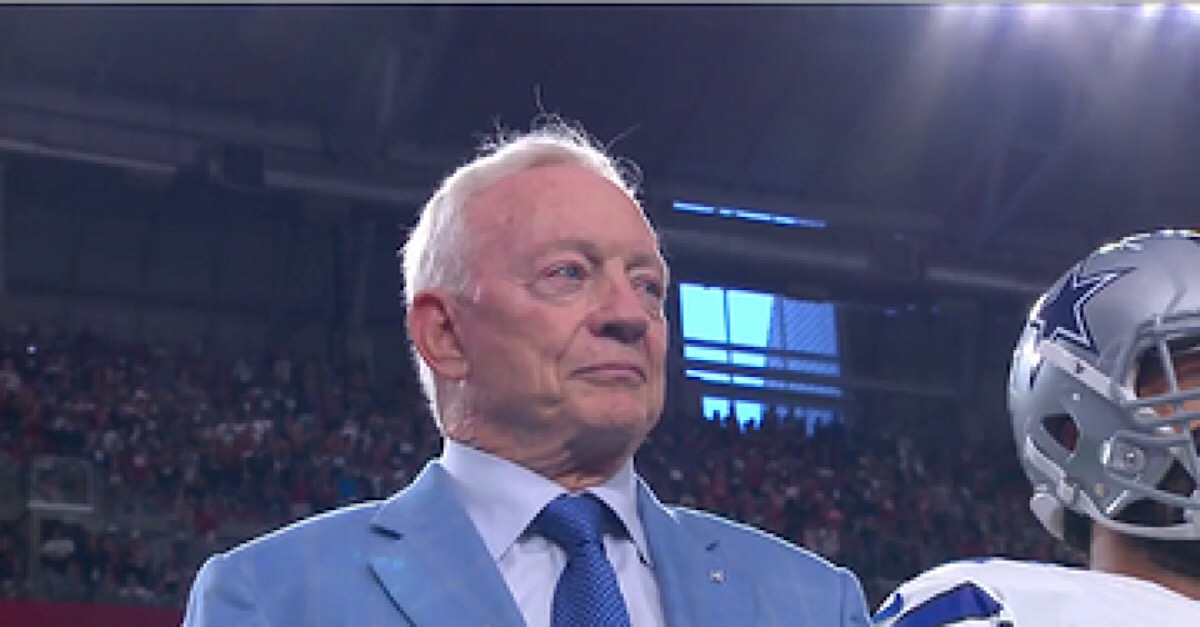 Despite popular belief, Dallas Cowboys team owner Jerry Jones hasn’t specifically told Cowboys players anyone will be fired or punished in a specific way if they protest the national anthem, as of this writing.

After dozens of teams and players protested the national anthem over the weekend following Donald Trump’s explosive “get that son of a b***h off the field,” comments, here’s how the Cowboys responded Monday night:

The entire team, including Jerry Jones, took a knee before the anthem. Then when it started, the team stood, with arms locked.

It was reported earlier in the day that the Cowboys would protest the anthem.

?Nothing has been firmed up and they will likely come to some decision in the locker room. It may not be a coordinated effort. It may just be a few individuals.

One player said, ?We have to do something.?

Said another, ?It?s not going to be business as usual. He crossed a line. Something will be done.?

Jones made his feelings quite clear earlier in the week on national anthem protests.

As of Saturday, the Cowboys were not expected to take part in any of the anthem protest festivities:

No Cowboys expected to protest, per Garrett_ even though players across league plan to do so after Trump remarks https://t.co/uoWvT8wVIP