The National Football League is filled with some of the scariest men on the planet. Each guy who breaks into the NFL is scary in their own way. However, some are simply scarier than others.

We know these guys for inducing fear on the field, whether that be throwing dimes, making ferocious tackles, juking linebackers or shutting down wide receivers. Here at FanBuzz, we have a precise formula that converts football skills into monstrous attributes. Our team carefully compiled a list of 10 NFL players whose strengths were perfectly matched with our favorite Halloween monsters. 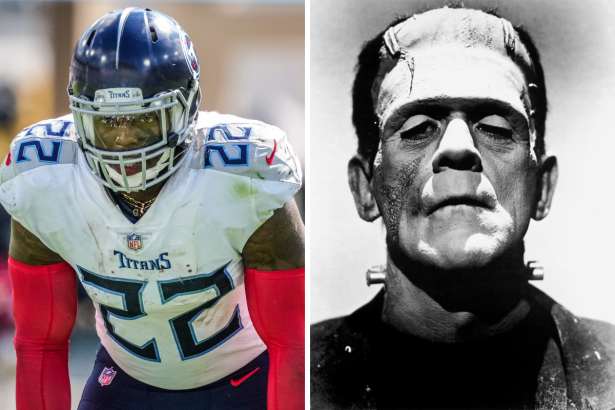 If there were one player that looked like he was created in a lab, it'd be Tennessee Titans running back Derrick Henry. At 6-foot-3, 247 pounds, he's an unstoppable force on the football field. Sure, he doesn't quite stack up to the 8-foot Frankenstein monster, but I'd rather tackle that thing than Henry. 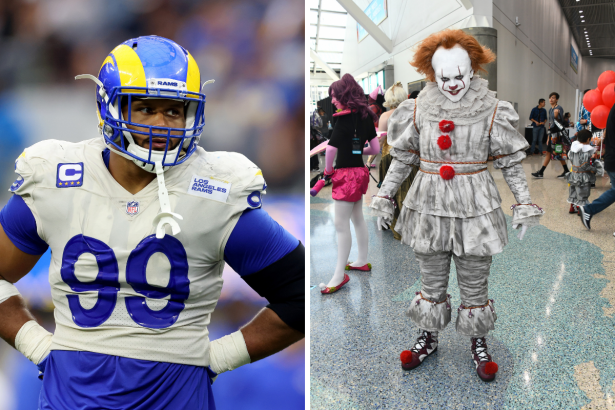 It's a little-known fact that a red balloon precedes Aaron Donald's entrance. The Los Angeles Rams defensive tackle, like our friend from Stephen King's acclaimed novel "It", feasts on fear. Donald has the ability to shape shift into a quarterback's worst fear. Which is convenient, because most quarterbacks' worst fear is Aaron Donald. Seriously, what is up with Aaron Rodgers' hair? What started as a harmless mustache has now grown into a full beard and shoulder-length hair. It's almost like like the Green Bay Packers quarterback's hair follicles just started taking steroids or something. Now, let's see if defenses can figure out what his silver bullet is. 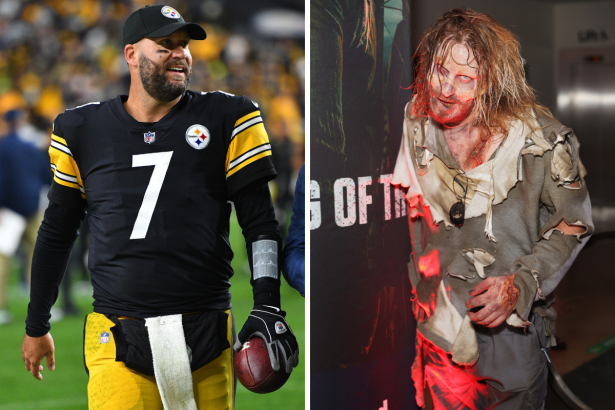 Pittsburgh Steelers quarterback Ben Roethlisberger has a body made of glass. Everyday he wakes up with a new ice pack on his shoulder and by the time he goes to bed he has a stylish walking boot to match. No matter what you throw at Big Ben, he somehow makes it through. The only logical explanation is he's a zombie. His ability to survive more injuries than any other man in NFL history is something the Steelers haven't figured out how to deal with the past two years. 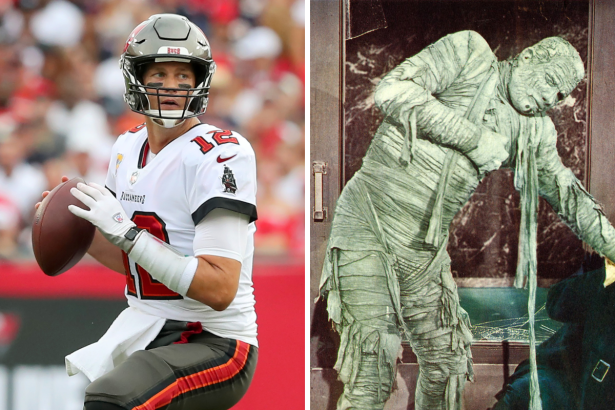 Mummies are thousands of years old. Tom Brady is damn close to that in 2021. The 44-year-old Tampa Bay Buccaneers quarterback will probably be haunting the NFL for another 1,000 years, too. Just take your six Super Bowl rings and go back to your sarcophagus all ready. 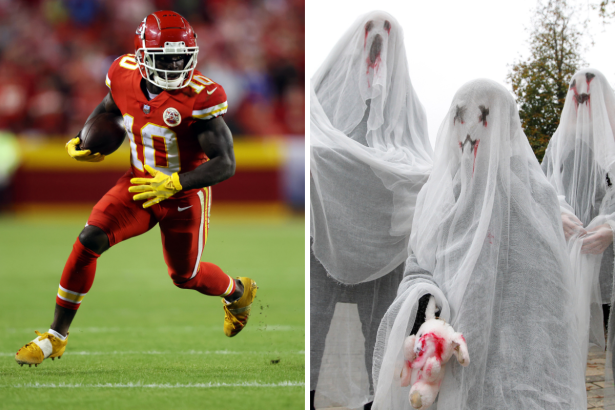 If I learned anything from Zak Bagans on "Ghost Adventures" it's that most ghosts are pretty chill if you don't bother them. That and they don't forgive and forget. Fortunately for ghosts, bothering them is pretty difficult since they can't be seen. It's an ability Kansas City Chiefs wide receiver Tyreek Hill shares with them. Hill is so fast that most defensive backs have no idea where he is by the time he's past them and catching a touchdown from Patrick Mahomes. Combine his speed with his 5-foot-10, 185-pound frame and Cheetah is the master at staying invisible. 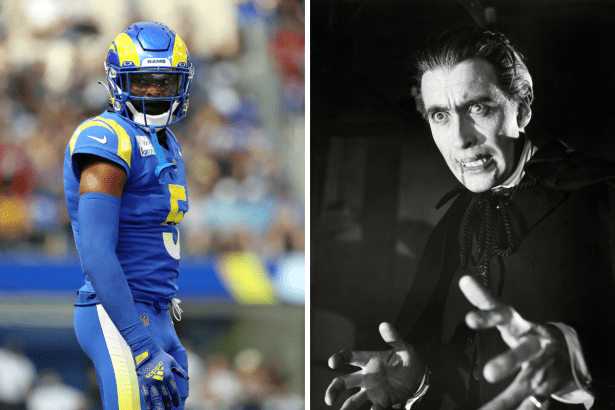 The Rams defense is full of monsters. Donald disrupts up front while cornerback Jalen Ramsey holds down the secondary. Ramsey takes on the opponent's top pass-catcher and makes his life a nightmare. He does this by slowly sucking away their energy and toying them with hope. Oh, and it's rumored Ramsey transforms into a bat in his free time. 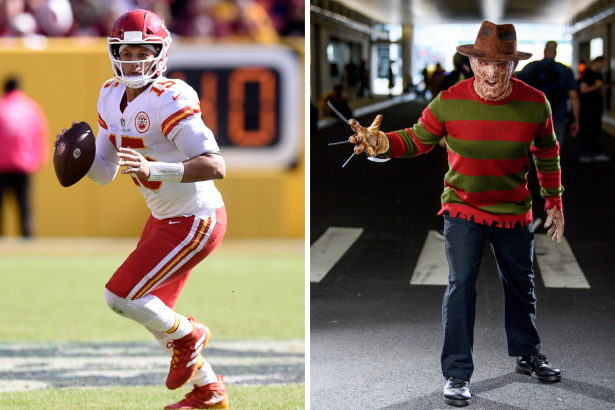 No one in the NFL has been more of a killer the past few years than Kansas City Chiefs quarterback Patrick Mahomes. Mahomes takes no mercy on NFL defenses, slashing through them with ease. Mahomes, much like Freddy Krueger, is at his best when you think you have him. He also loves wearing fedoras. 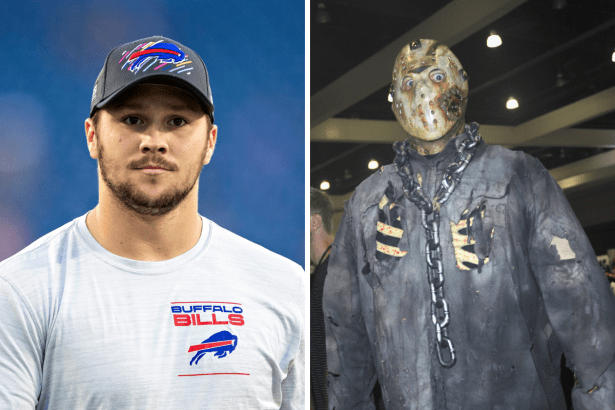 Have you ever seen Josh Allen and Jason Vorhees from "Friday the 13th" in the same room together? Didn't think so. Are they both 6-foot-5 and wreak havoc on everyone they come across? Yep. This was a no-brainer. 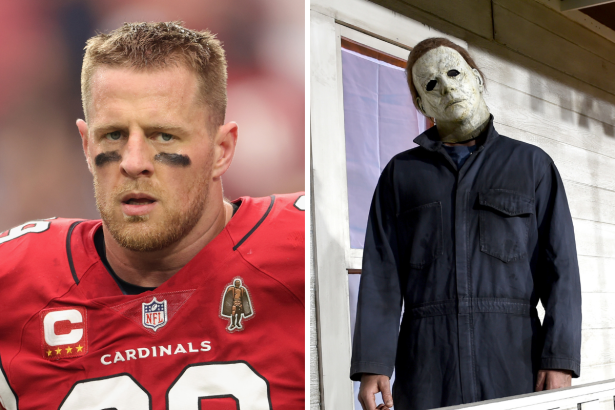 I don't know who has more victims here. Watt has accumulated more than 100 sacks in his illustrious career with the Houston Texans and Arizona Cardinals. Myers, well, you know what he's done in all of the "Halloween" movies. The only thing that doesn't make sense here is that Watt won the 2017 Walter Payton NFL Man of the Year award. Myers isn't winning any humanitarian awards anytime soon.

MORE: The 7 Scariest Players in NFL History Are Truly Terrifying