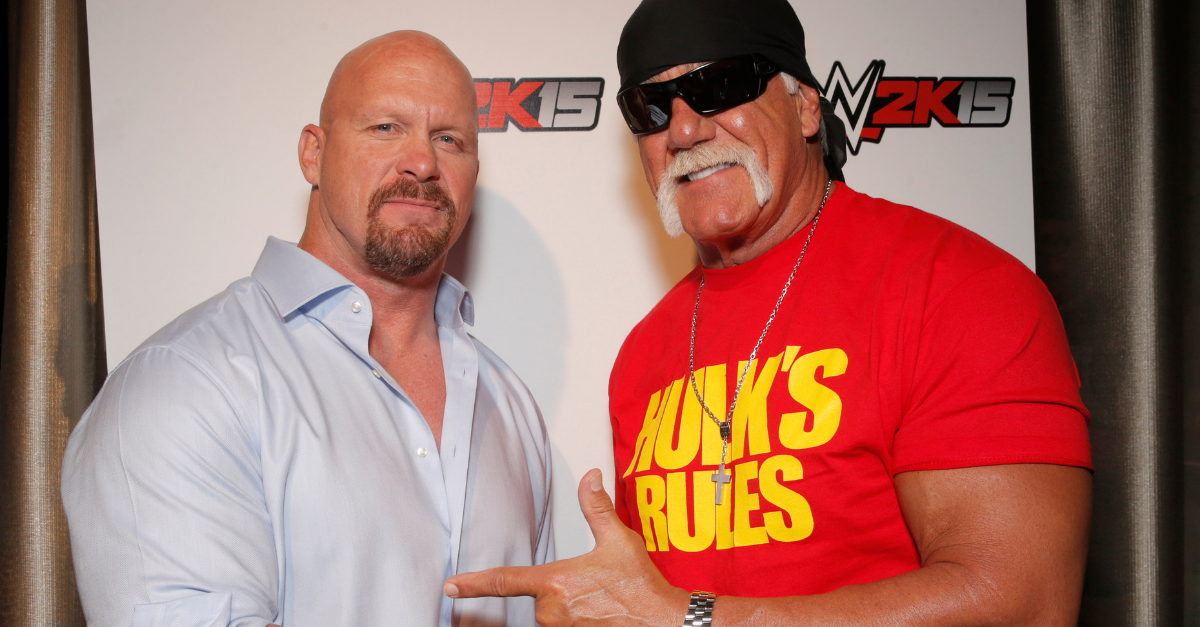 Over the course of professional wrestling’s history, there are many legendary matches that people still talk about, even to this day. Hulk Hogan vs. Andre the Giant, Randy Savage vs. Ricky Steamboat, Hulk Hogan vs. The Rock, and Hulk Hogan vs. Ric Flair, just to name a few, have been matches that left a lasting impression in the pro wrestling industry.

Over the years, the concept of dream matches developed from the standpoint of popular wrestlers who never faced each other, but finally had an opportunity to do so inside the ring. Over the years, names such as Roman Reigns, Daniel Bryan, AJ Styles, Brock Lesnar, CM Punk, and Seth Rollins contributed to matches that fans positively reacted to. However, there are some legendary showdowns that have never occurred, and most likely will never happen.

Bret Hart and Chris Jericho are two of the most technically gifted competitors to have ever stepped foot in a wrestling ring. In fact, Jericho called Hart on of his biggest inspirations as a teenager. However, despite both of their legendary careers, the two never competed against each other in one-on-one competition.

In fact, they had only been in the WWE ring together twice. Their first match was a tag team bout, as Hart teamed with John Cena to compete against Jericho and Edge. The other time was Jericho and Bret Hart reluctantly teaming with each other, as they joined Daniel Bryan, Edge, John Cena, John Morrison, and R-Truth against Nexus members Wade Barrett, David Otunga, Heath Slater, Justin Gabriel, Michael Tarver, Darren Young, and Skip Sheffield.

4. The Undertaker vs. Andre the Giant

At WrestleMania, The Undertaker compiled his legendary winning streak at the event, defeating every opponent for 21-straight appearances. Some of these opponents included Ric Flair, Jake Roberts, Sycho Sid, Edge, Kevin Nash, Shawn Michaels, and Triple H. Altogether, Undertaker’s WrestleMania resume include wins against both former world champions, and names who would go on to become WWE Hall of Famers.

Undertaker overcoming odds were a big part of the beginning years of his babyface run, competing against guys such as Giant Gonzalez, Diesel, Psycho Sid, and The Berzerker. One feud that would have really boosted Undertaker’s career, however, would have been against Andre the Giant.

Andre ended his wrestling career in 1992, primarily in Japan. That same year, Undertaker defeated Jake Roberts at WrestleMania, and the year before, he defeated Jimmy Snuka in his debut match at the event. If Undertaker was to face Andre before he retired, putting Andre in the WrestleMania VII spot instead of Snuka, the dream matchup would have been much more memorable. Undertaker even revealed in an interview that Andre had plans for the two big men, but the match never came to fruition.

RELATED: Torrie Wilson?s Playboy Edition is Still a Must-Have for Many WWE Fans

Despite being two of the biggest stars of all-time, Hulk Hogan and Steve Austin never competed against each other in a one-on-one match. During a majority of their careers, Hogan and Austin were on different brands. While Austin grew in popularity in WCW, Hogan was a top name in the WWF. Interestingly, while Austin became one of the biggest names in the WWE, stemming from his feud with Vince McMahon, Hogan was reinventing himself as one of the biggest heels in WCW as the leader of the nWo.

Hogan and Austin were both in the WWE from 2002-03, when Hogan returned to the company following the fold of WCW. Still, the two did not compete in the ring against each other in singles competition. In fact, the only time they competed against each other was in a handicap match on a episode of Monday Night Raw, with Hogan teaming with fellow nWo members Kevin Nash and Scott Hall, and Austin teaming with The Rock.

2. Shawn Michaels vs. The Rock

Two of the most charismatic superstars in WWE history who were active members of the company together for several years, Shawn Michaels and The Rock never competed against each other in a singles match. The Rock made his debut at the 1996 Survivor Series pay-per-view as a babyface, while Michaels was in the main event of the same PPV against Sycho Sid. Through the conclusion of 1996 heading into 1997, The Rock transformed from a babyface into a heel and eventual leader of the Nation of Domination.

At the 1997 Survivor Series, The Rock (as Rocky Maivia) teamed with the NOD (Faarooq, D-Lo Brown, and Kama Mustafa) in a defeat against Ken Shamrock, Ahmed Johnson, and the Legion of Doom. Meanwhile, in the main event, HBK was a part of arguably the most controversial moment in WWE history ? The Montreal Screwjob.

The Rock retired from full-time competition in 2003, while Shawn Michaels was forced to be absent from in-ring competition between 1998 and 2002 due to injury. HBK returned from 2002-2010, before retiring at WrestleMania XXVI against The Undertaker. During Michaels’ comeback run, The Rock was cementing himself as an actor in Hollywood. When The Rock returned during for a short run from 2011-2013, Michaels was retired.

While there are some rumors of why the two stars never went head-to-head, there were certainly opportunities during the trending Attitude Era in the late 90s when both were at a main event level.

1. Sting vs. The Undertaker

During The Undertaker’s WrestleMania winning streak, he was able to compete against names such as Ric Flair, Batista, Randy Orton, Kane, The Big Show, and Jake Roberts, among many others. However, similar to Andre the Giant’s name being absent, another name not included was Sting. The Undertaker started his WWE career in 1990, the same year Sting cemented himself as a main-eventer by winning the WCW World Heavyweight Championship from Ric Flair at the Great American Bash.

When WCW folded in 2001, Sting had an opportunity to jump over to WWE. However, Sting decided to compete for other promotions, mostly TNA (now Impact Wrestling), until finally making his debut in 2014. Instead of fulfilling arguably the most anticipated dream match in pro wrestling history, WWE decided instead to book the match at WrestleMania 31 between Sting and Triple H.

Even more surprisingly, Triple H defeated Sting in that match. After suffering a career-threatening injury against Seth Rollins at Night of Champions in 2015, Sting officially retired from pro wrestling at the 2016 Hall of Fame, leaving his dream match with The Undertaker unfulfilled.