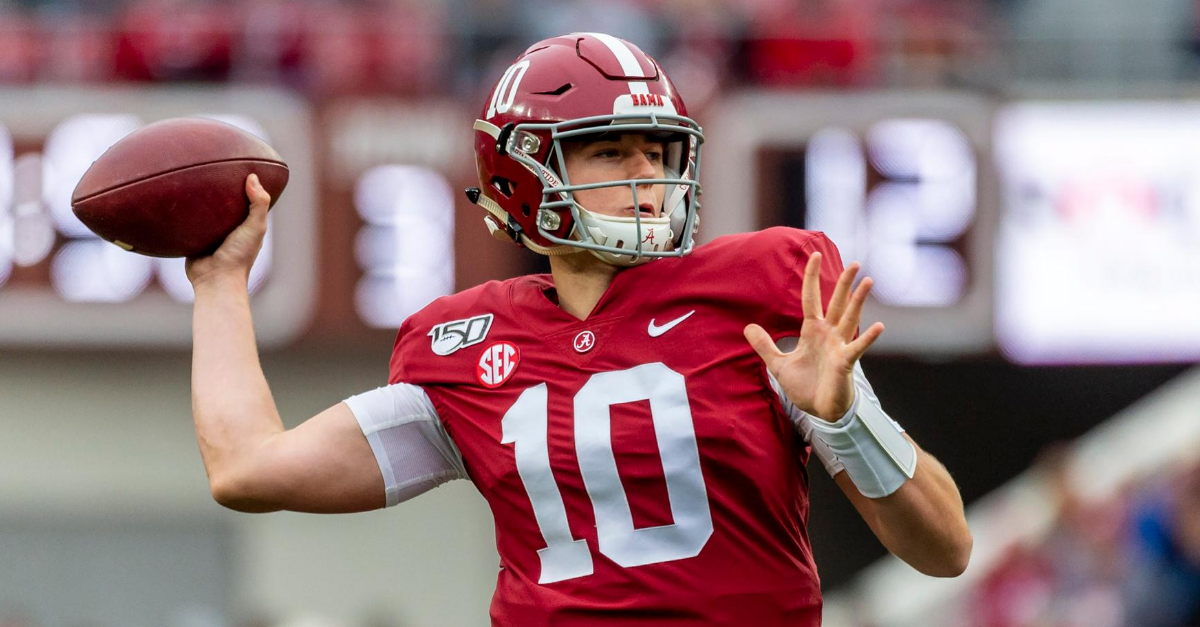 As the final whistle blew, and the LSU Tigers began celebrating their College Football Playoff National Championship Game triumph, the countdown to Week Zero began. Sadly, the 2020 college football season will now be a shell of its former glory.

Coronavirus showed up and ruin everything. (Well, almost everything.) Despite the Big Ten and Pac-12 joining dozens of lower-budget athletic conferences in postponing fall sports, “The Stubborn Six” ? the ACC, SEC, Big 12, American, Conference-USA, and Sun Belt ? are powering forward and intend on playing college football this fall.

As is tradition, we can’t have a college football season without a Heisman Trophy winner, even if that means some really great players aren’t getting their chance to chase glory.

Ohio State Buckeyes star Justin Fields is the biggest casualty in this race, as many thought the first-team All-Big Ten quarterback could runaway with the voting. Joining him were USC’s Kedon Slovis, Penn State’s Sean Clifford, Oregon’s Tyler Shough and Minnesota’s Tanner Morgan as Power 5 quarterbacks with outside shots to win the Heisman. (Keep in mind: LSU quarterback Joe Burrow was getting 100-1 odds before setting the NCAA single-season record for touchdown passes.)

Quarterbacks aside, we won’t get to see Purdue wide receiver Rondale Moore crash the party after he opted out to prepare for the 2021 NFL Draft before the Big Ten’s decision. Oregon running back CJ Verdell was coming off a Pac-12 Championship MVP performance, and the junior amassed over 1,000 rushing yards in back-to-back seasons.

A lot of potential Heisman finalists are on the shelf, but there are plenty more contenders ready to make that (virtual) trip to New York City.

RELATED: Who Struck The Original Heisman Pose and Who Made it Famous?

Despite only one defensive player getting any buzz (an unwritten statute I will never understand), there were six Alabama Crimson Tide players among the potential Heisman candidates for 2020 despite losing Tua Tagovailoa and Jerry Jeudy from last year’s offense.