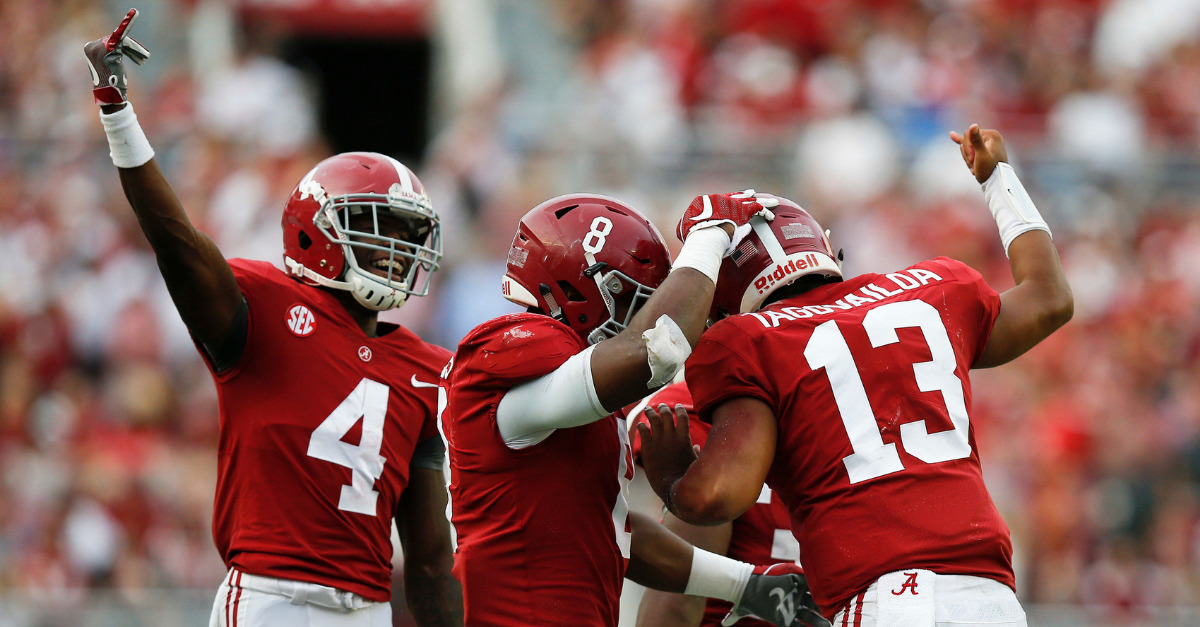 The 2019 NFL Draft is just days old, but ESPN NFL Insider Mel Kiper Jr. has already projected his top-10 picks for next season. The top two draft choices might come as a surprise to some, unless you are a fan of the Alabama Crimson Tide.

Alabama quarterback Tua Tagovailoa and star wide receiver Jerry Jeudy are the projected top-two picks for the 2020 NFL Draft, which will be in Paradise, Nevada from April 23-25. Take a look at Kiper’s top list, which features six players from the Southeastern Conference:

“Tanking for Tua” just took on a life of its own if what Kiper says is true. Even though the Miami Dolphins traded for Arizona Cardinals quarterback Josh Rosen last weekend, would the franchise pass up the opportunity to take Tagovailoa if he’s available? Unless Rosen turns out to be Dan Marino, the Dolphins could still be very interested in the Heisman Trophy runner-up.

So this might be a win-win situation for Miami next season. If Rosh plays well, they made the perfect trade. If not, Tagovailoa could be on the board.

However, the Dolphins might not be the only team needing a quarterback. The New York Jets, Tampa Bay Buccaneers, and Tennessee Titans are all possibilities, too.

The Jets have Sam Darnold, but they aren’t opposed to drafting Alabama quarterbacks (see: Joe Namath, Richard Todd, and even Greg McElroy). The Bucs could be close to done with Jameis Winston and Titans star signal caller Marcus Mariota is in the final year of his contract.

Wouldn’t it be ironic if Tagovailoa went to Tennessee and replaced his hero? Talk about awkward.

Forget about “Tanking for Tua” for a moment, though. Some teams might want to tank for Jeudy, who is No. 2 overall on Mel Kiper’s draft board.

Can you imagine Jeudy hooking up with the likes of Drew Brees, Matt Ryan, or Aaron Rodgers?

Of course, that would mean the New Orleans Saints, Atlanta Falcons, or Green Bay Packers had horrendous seasons and didn’t make the playoffs, either, but, in the end, it might be worth it if it guarantees they will make the playoffs for years to come. The Oakland Raiders may also be in the market for another star wideout to play alongside Antonio Brown.

Unlike this year, where the NFL Draft was defensive heavy, next year’s draft is going to be all about offense and two of Alabama’s most talented players are currently leading the pack.

WATCH: Could a College Team Ever Beat an NFL Team?