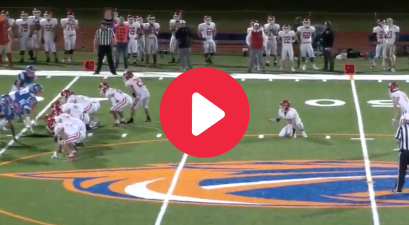 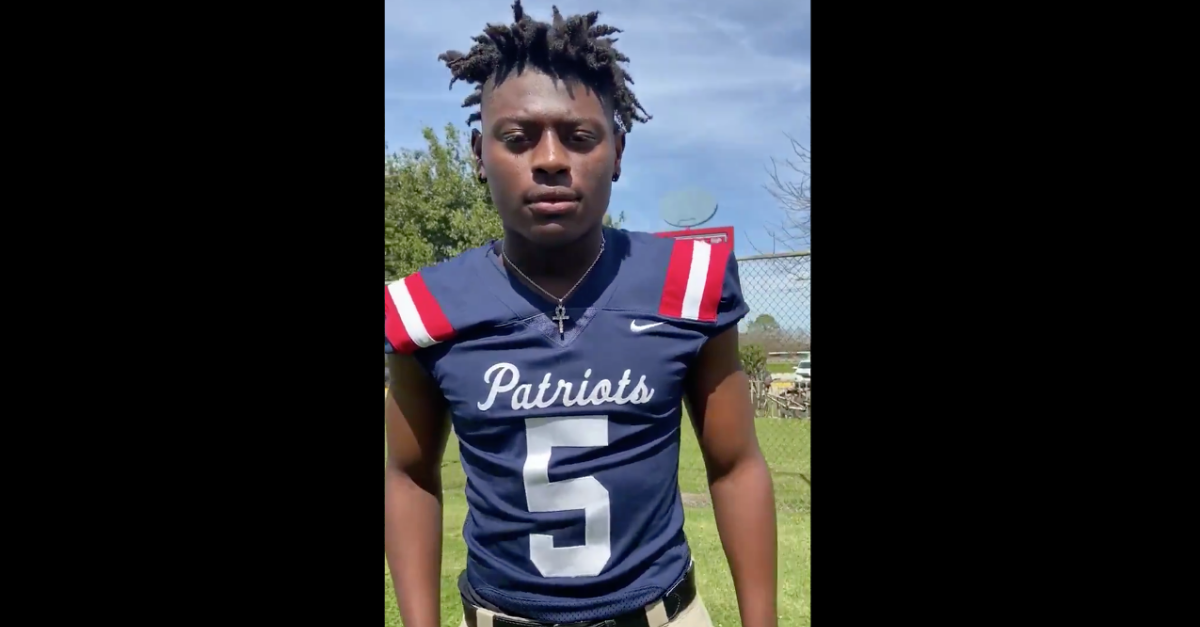 There’s no arguing that the best defensive backs are SEC products. LSU and Florida squabble every year about who the real “DBU” is, but deep dives have shown that title might actually belong to the Alabama Crimson Tide.

Top high school recruits across the country are itching to play in this conference, and the same can be said for safeties and defensive backs. Jamal Adams, Minkah Fitzpatrick and so many more over the past decade can attest to that.

The 2021 recruiting class is no different. Top-100 names like quarterback Caleb Williams, defensive end Bryce Langston, wide receiver Mario Williams and running back TreVeyon Henderson are all considering taking their talents to SEC programs and becoming college football’s next great batch of stars.

It’s time we add Kaine Williams to that bunch.

Four-star safety Kaine Williams is rated the No. 6 safety and a top-10 2021 overall recruit out of the state of Louisiana by 247Sports. The John Ehret High School (Marrero, La.) product has all the tools to become the next Tyrann Mathieu if he stays in-state and chooses the LSU Tigers.

However, Williams has options.

With 24 offers in total, Williams can attend the school of his choosing. Schools like Alabama, Auburn, LSU, Texas A&M, Florida, Florida State, Miami, Tennessee, Texas, Oklahoma, Georgia Tech, Arkansas and Louisville have all offered him.

Williams seems intent on playing in the SEC West, as he’s narrowed his choice down to three schools: LSU, Texas A&M and Alabama.

Williams was most recently on campus at Alabama’s Junior Day on March 7 and visited LSU’s Junior Day last year. He’s also taken unofficial visits to the Crimson Tide and Aggies.

The top-100 recruiting prospect has spoken highly of both LSU and Alabama. His hometown of Marrero is right outside of New Orleans.

“They always have a good program. It’s DBU,” Williams told 247Sports of LSU. “Coach Mickey is like family. I’m talking with him almost every day. (LSU safeties coach Bill Busch) is a nice guy. He’s smart and knows what he’s doing. I like how they come down to the ball and make plays on the ball in the air.”

Earlier this year, 247Sports’ Crystal Ball predicted Williams to end up in College Station. That seems to have changed quickly given his his most recent commitment.

UPDATE (May 18, 2020): The rich got richer. Williams committed to the University of Alabama on May 15, 2020, he announced on his Twitter account. Williams marked the fourth four-star recruit in the Crimson Tide’s 2021 recruiting class, though they’ve since added more. Adding the Louisiana native also keeps the talented safety from attending rival SEC West schools LSU and Texas A&M.

JE 20 LW 6 | 2:18 4Q | Sophomore Kaine Williams comes up with an interception to all but seal the victory for the Patriots. #ccsprep pic.twitter.com/MQAnMo2AqC

John Ehret 2021 DB Kaine Williams (@kwilliams5_) made a few plays against Destrehan including a couple of tackles on John Emery – one of which forced the football loose at the goal line pic.twitter.com/U67tNZKDxH

At 6-2 200 lbs, Williams is a big-bodied safety that covers a ton of ground with ease, plays well over the top or in the box, nose for the football

It’s hard not to fall in love with a safety who stands 6-foot-2 and 205 pounds as a junior in high school. Williams has the height to challenge receivers in the SEC and still plenty of time to gain strength and speed.

In his junior season at John Ehret High School, he proved just how much of a ballhawk he is. His season highlights prove that but so do his statistics: four interceptions, 50 tackles, 10 pass break-ups and three forced fumbles. The year prior, he actually totaled two more interceptions and 23 more tackles.

Per his 247Sports evaluation, Williams is very versatile for a high school safety:

“Big-framed safety with good height and plenty of space to continue adding bulk in college. Instinctive in coverage. Patrols a lot of territory at the back end. Ballhawking safety who’s constantly around the ball. Provided terrific production as a sophomore (73 tackles, six interceptions). Dangerous with the ball and becomes a threat to score after the INT. Shows encouraging ability to break on the ball. Flashes impressive closing speed against the run. Generally delivers some pop upon arrival. Needs to improve consistency with tackling technique. Often a shoulder tackler instead of a wrap-up hitter. Will need to continue to fill out to maximize strength and close-quarters power. Owns strong safety frame potential but may better fit center field-type free safety role. Bona fide high-major prospect with long-term potential to reach top half of the NFL Draft.”

There’s no telling which school he’ll ultimately pick, but as of now Williams is a major football recruiting pick-up for any Nick Saban’s NCAA program. He may also develop into the five-star prospect that Jimbo Fisher, Ed Orgeron and Nick Saban are used to coaching up.