With 2 Key LSU Starters Out for Fiesta Bowl, UCF is Licking Their Chops 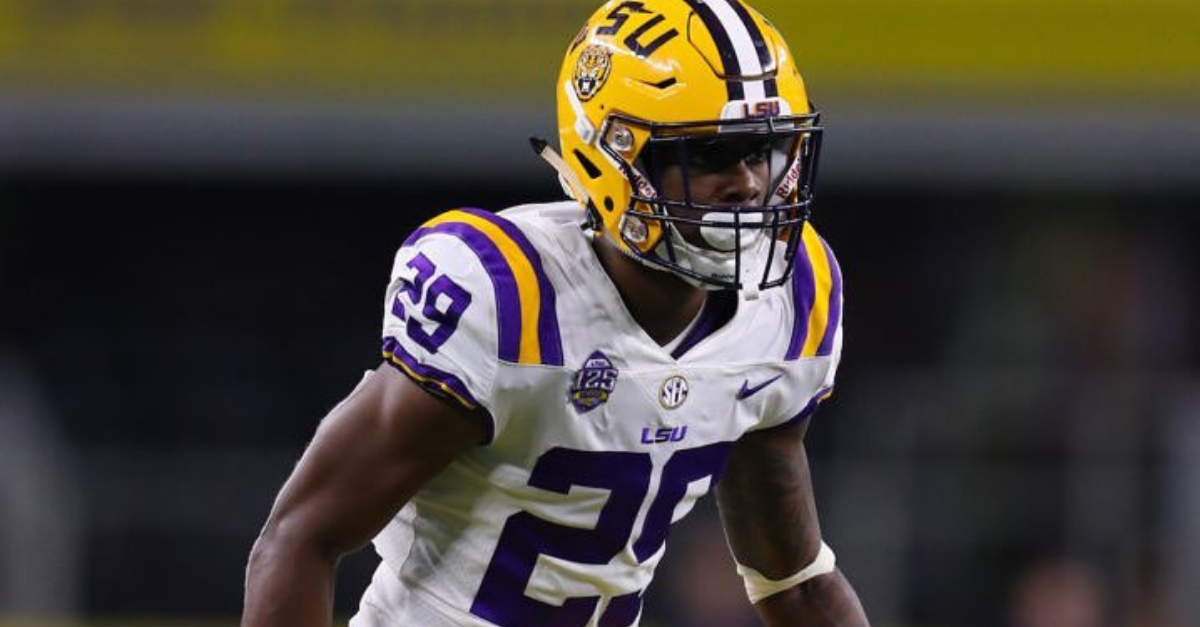 With the biggest games of the year for college football teams upon us, a lot of student-athletes will make the tough decision to end their college careers, preserve their bodies and make the leap to the NFL. The choice is almost always controversial, but with millions of dollars and a professional career on the line, it’s hard to blame anyone for making that choice in their best interest.

When the No. 11 LSU Tigers (9-3) travel to Glendale, Arizona to take on the No. 8 UCF Knights (12-0), two of the Tigers’ defensive starters will not be playing in the Fiesta Bowl. One of them has declared he will be heading to the National Football League while the other is sidelined after surgery, but even his jump to the next level could be coming, which leaves two massive holes in LSU’s defensive secondary.

Redshirt sophomore cornerback Greedy Williams announced that he will leave LSU after three seasons in preparation for the NFL Draft. The two-time All-SEC selection will likely also become a two-time All-American when the teams are announced, and he’ll leave Louisiana State University as one of the best lockdown corners to ever come through the program.

Williams led LSU with nine passes defended this season, and he picked off two passes while starting every game for the Tigers. In addition to his numerous accolades, Williams is a finalist for the Jim Thorpe Award, which is given to the nation’s top defensive back.

After a stellar career playing in the purple and gold, Williams, along with junior linebacker Devin White, is projected to be selected inside of the first 10 picks in next spring’s NFL Draft.

“I Have been blessed by God with a beautiful and supportive family. My blessings also include my LSU Tiger Family, both on and off the field. It is with those abundant blessings in mind that I have chosen to pursue to enter the 2019 NFL Draft” #BeGreedy pic.twitter.com/pAIq6T4vIN

In addition to losing Williams, LSU cornerback Kristian Fulton, after undergoing ankle surgery following LSU’s 24-17 win over Arkansas, is expected be out for two to three months and will not play in the Fiesta Bowl. According to his father, Keith Fulton, the former five-star prospect from Archbishop Rummel High School has yet to decide if he will forego his senior season and enter the NFL as well.

After being reinstated following a 19-month ban by the NCAA for using another person’s urine for a drug test, Fulton earned his starting job opposite Williams, and the pair formed one of the best duos of lockdown corners in all of the NCAA.

Along with All-SEC safety Grant Delpit, LSU ranked ninth in the country in defensive passing efficiency and led the conference intercepting 16 passes on the season.

While his highlight tape in Baton Rouge includes just 13 games over his three years in school, Fulton is projected to be a late-first round to middle round pick should he declare for the 2019 NFL Draft.

Losing both of LSU’s starting cornerbacks for their bowl game seems daunting because, well, it is.

Despite not receiving credit for their lousy schedule, the UCF Knights are poised to earn the title of “giant killers” when they roll into State Farm Stadium for the Fiesta Bowl. The Knights rack up the third-most yards on offense (545.4 YPG) and have the third-best turnover margin (1.17) in all of college football.

The University of Central Florida needs all the help it can get facing LSU coach Ed Orgeron’s incredibly talented LSU defense, and it appears they’ll have just that leading up to one of the most intriguing bowl games of the postseason.

READ MORE: Pick Me a Winner: Predictions for Every SEC Team’s Bowl Game