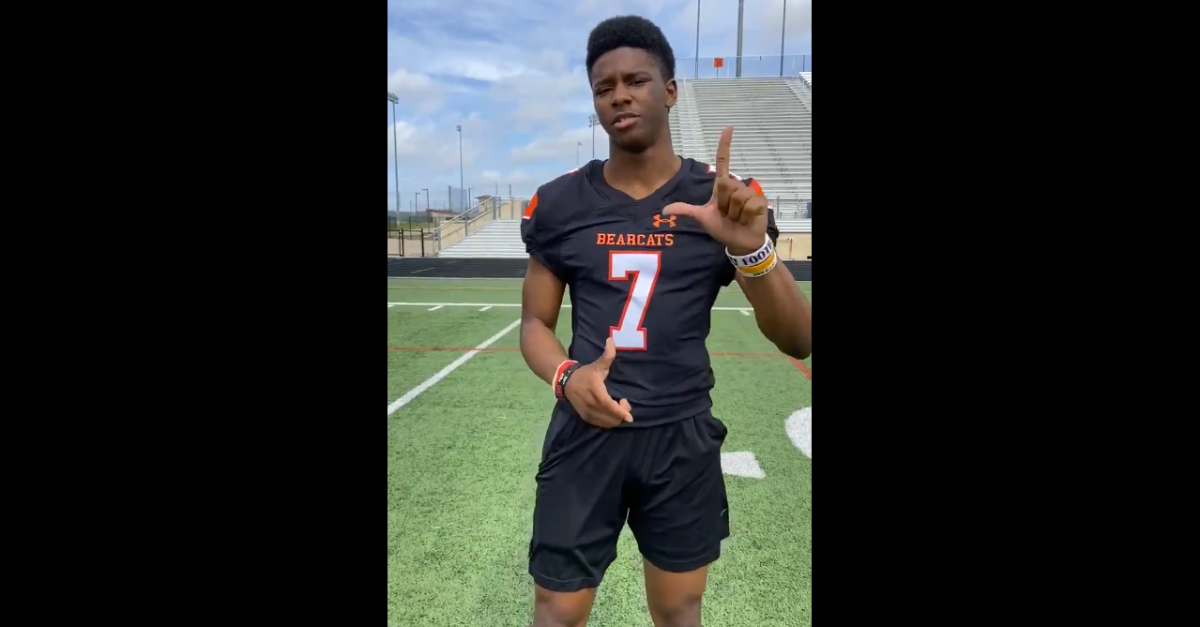 Louisiana State University has long laid claim to the Defensive Back University (DBU) title, but Ed Orgeron‘s program might as well take the crown as college football’s Every Position University. Last year alone, the LSU Tigers featured the best quarterback in the nation, the top receiving corps as well as an always-ballhawking defensive unit.

Shutdown cornerbacks and stealthy safeties have established a tradition in the Bayou, however. Patrick Peterson and Tyrann Mathieu and Jamal Adams left their mark in Baton Rouge and are now high-impact NFL players. The wave of defensive talent over the years has been endless.

Why wouldn’t a top-flight defensive back recruit want to don the purple and gold? That’s what Bryan Allen Jr., the No. 2 safety in the 2022 class, is thinking.

BREAKING: The #2 Safety in the Nation, Bryan Allen Jr. has Just Committed to #LSU !

Huge Pickup for Coach O and the Tigers!

There’s a reason LSU fans should be excited for Allen to make his way to Baton Rouge. Rated the No. 2 safety in the country and 52nd overall recruit in the 2022 class by 247Sports, Allen has the ceiling of a future first-round NFL draft pick.

Bryan Allen is still young, so don’t read too much into what he’s done in two high school seasons. We can still gawk over the numbers he put up as a sophomore: 122 tackles, three interceptions and three fumble recoveries in 16 games (according to MaxPreps).

In 2019, he helped Aledo to a 15-1 record and a second straight state championship, proving he has the winner mentality LSU should be seeking out. He also runs track for Aledo High School.

According to 247Sports‘ scouting report, Allen projects as a second- or third-rounder:

Sheesh, what’s not to love about this kid?

This article was originally published April 29, 2020.