The 2022 FIFA World Cup is almost upon us, and we're here to take a look at Group F. Belgium, Croatia, Canada, and Morocco will all meet and face off to attempt to advance beyond the group stage and into the Round of 16 in Qatar 2022. At first glance, one might be tricked into thinking this is an easy World Cup Group to predict the outcome of as it includes the two teams that finished in third place and as runner-ups in the previous World Cup finals, while one of the other two teams hasn't made a World Cup in 36 years. But by the time the final group stage match ends in Doha, this group could be up for grabs by any of the four teams. Let's take a closer look at each of them. 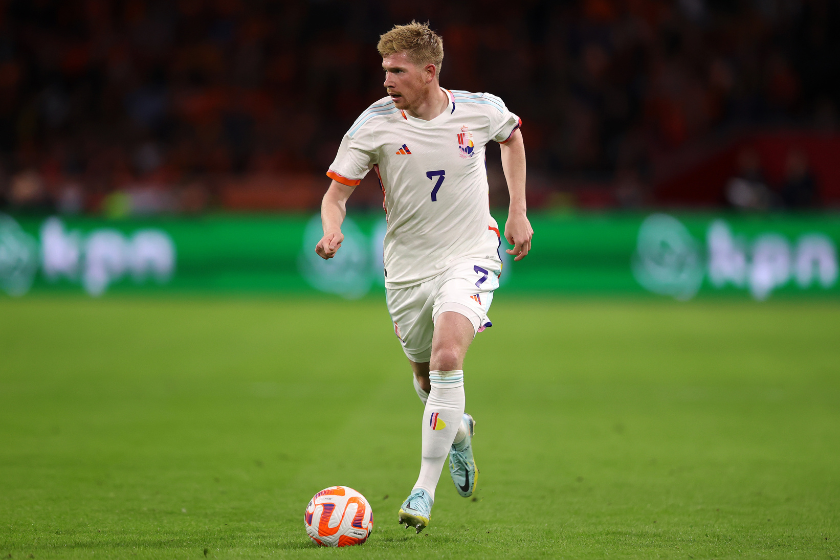 For a long time we have been hearing about the "Golden Generation" of Belgium football, and for good reason. From roughly April 2018 all the way up to February 2022, Belgium occupied the number one spot in the FIFA World Rankings. This will actually be the first major title since 2014 where Belgium is not the top ranked team entering the tournament, as they were for the 2018 FIFA World Cup, UEFA Euro 2016, and UEFA Euro 2020. This time around Belgium enters second in the World Standings behind only Brazil. And while it would seem Belgium are perennial favorites, not once have they finished one of the contests they entered at number one with a trophy lift.

The "Golden Generation" is built around superstars such as Kevin de Bruyne, Romelu Lukaku, Eden Hazard, and Thibaut Courtois, but these players are all getting older and this could be their last real chance to do something significant on the international stage. Kevin de Bruyne has won all the Premier League has to offer with his Premier League club Manchester City, and by all accounts is one of the best midfielders in the world. Eden Hazard and Thibaut Courtois are fresh off winning a treble of La Liga, the Spanish Super Cup, and the UEFA Champions League with Real Madrid, though Eden Hazard has struggled to find the form he once had when playing for Chelsea FC.

Speaking of Chelsea, Romelu Lukaku has been in the public consciousness more for his tumoltuous saga at the London club than for anything he's done on the pitch over the last year plus. However, Lukaku was one of the top scorers in the last Euro, with only Cristiano Ronaldo and Patrik Schick scoring more, and only England's Harry Kane put the ball in the net more than the Belgian striker in 2018 in Russia. The Red Devils will turn to him again in their quest to emerge from Group F. 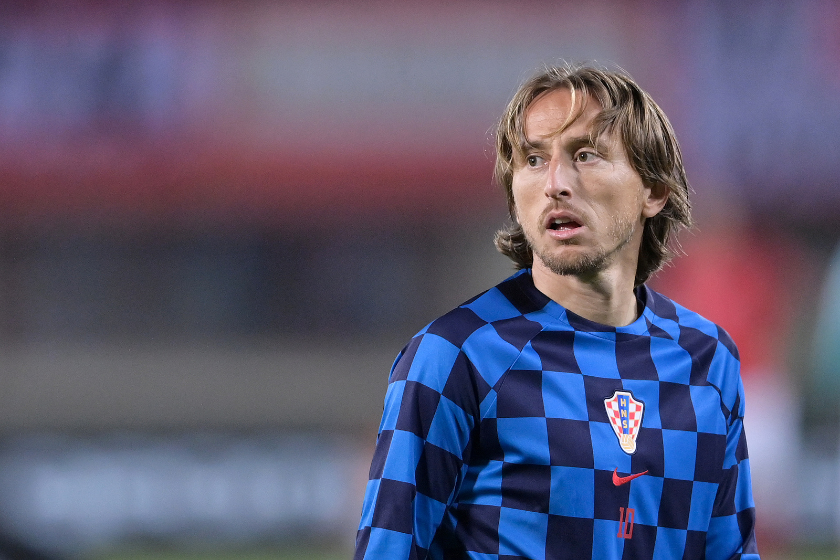 Entering the 2022 FIFA World Cup there has been a lot of talk about this being the last chance for some of the best players in the world to lead their countries to glory, especially when considering Leo Messi of Argentina and Cristiano Ronaldo of Portugal. But there's another former Ballon d'Or winner likely suiting up for his last World Cup with Croatia's Luka Modri?. The 37 year old star for Real Madrid won that award in 2018, in large part due to his performance in the World Cup that year in Russia. He also won the Golden Ball of that tournament while leading Croatia to the Final against France. While the Vatreni may have finished that match as runner-ups, they made it further than anyone would have imagined at the beginning of that tournament. They will look to repeat that type of performance this year, and along with Belgium will be favored to emerge from the group stage.

Croatia is certainly on the verge of entering a youthful rebuild, but the likes of Mateo Kova?i?, Ivan Peri?i?, and Mario Pa?ali? are still great talents surrounding Luka Modri? whom will look to get hot at the right time and make at least a quarterfinals appearance. 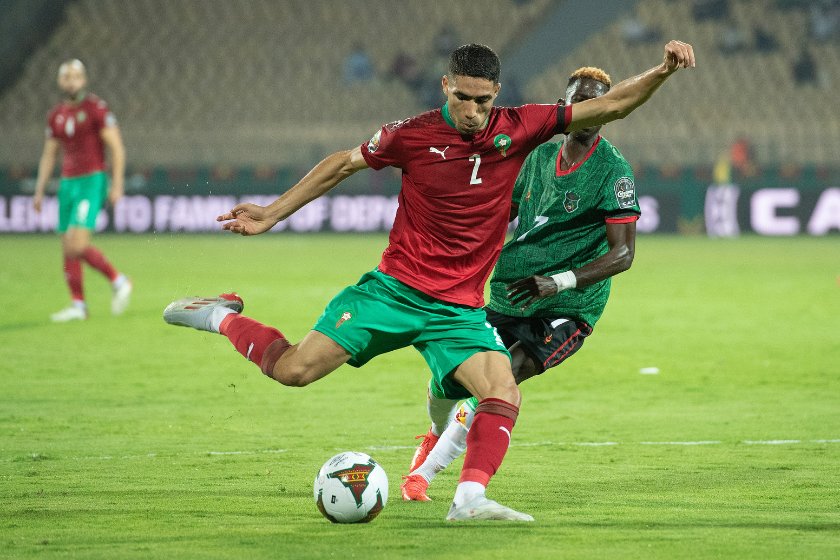 Morocco are the second highest ranked African team behind 18th ranked Senegal. They will be looking to have a better result than the last time they played in Qatar, where they lost to Algeria in a penalty shoot-out during the Arab Cup. While many won't know much about the Moroccan team, they do have a few big names to lead their squad. None bigger than Achraf Hakimi, one of the best right backs in the world, whom plays his club ball for Paris Saint-Germain.

Paired with Bayern Munich's star RB Noussair Mazraoui, and led up front by Chelsea's Hakim Ziyech, the "Atlas Lions" may be underdogs in Group F, but they should not be counted out. Ziyech in particular will be an interesting story through FIFA World Cup 2022, as he has been out of favor at his Premier League club struggling to find minutes, and due to a disagreement with Morocco manager Vahid Halihodzic. With that behind them and Ziyech on the squad, can Morocco find the fire power to force a Group F upset? 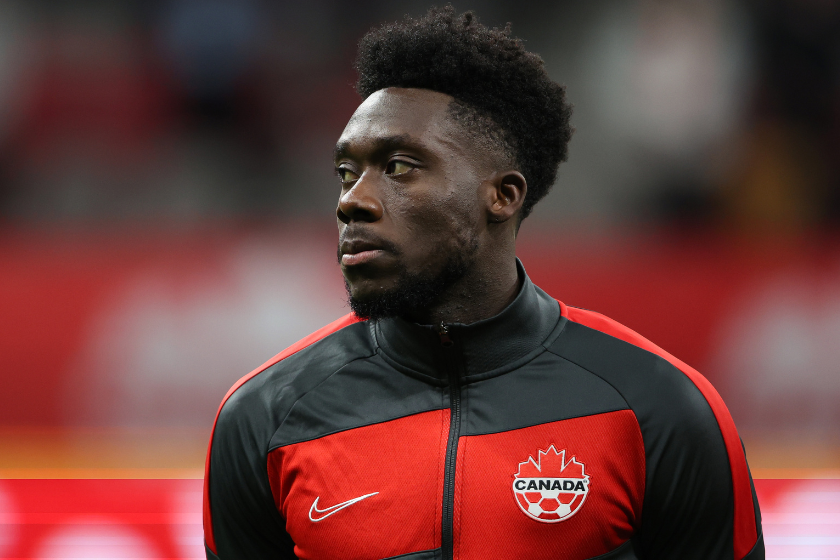 The last time Canada was in the World Cup was 1986 in Mexico, the very same World Cup that gave the world The Wave and the "Hand of God" goal. While "Les Rouges" lost every match in that World Cup, and failed to score a goal in the competition, this is not the same Canadian team. After going the long way through the CONCACAF qualifying tournament, Canada surprised everyone and finished the Octagonal on top of the table.

Behind the blistering pace of winger Alphonso Davies, Canada will look to notch the nation's first World Cup goal, and their first win. But they are far from a one man team, as the Bayern Munich star wasn't available for Canada's 4-0 drumming of Jamaica in the final match of qualifying. They were able to top the CONCACAF table by scoring the most goals in the Octagonal AND letting in the fewest. That combination is the perfect recipe for shocking the world, and knocking off one of the European powerhouses they share Group F with. They will have to do so without CB Scott Kennedy and reserve goalkeeper Maxime Crépeau whom broke his leg in the MLS Cup Final while playing for LAFC. But aside from those two, the Les Rouges roster will largely be the same that steamrolled their way into the World Cup, shocking many. They will look to continue that form in Qatar.

For the many whom only pay attention to the sport every four years, Group F should be won easily by Belgium and Croatia, who would only have a challenge when they face each other. But as the previous runner-ups and third place teams get older, the youth and desire of Morocco and Canada should not be counted out. By the time Croatia and Belgium face each other in the final Group Stage match of the group on Dec. 1st, it could be a winner take all match for a spot in Round of 16 as opposed to a match to decide which team finishes atop the group. It would be a stretch to call Group F a "group of death", but it is most certainly a "group of danger", and that could make for some of the most exciting matches of the entire tournament.

MORE: Group E World Cup 2022: Spain and Germany Have History on Their Side in Qatar