Jerry West’s Finals Record Was Awful, But “The Logo” is Still a Legend 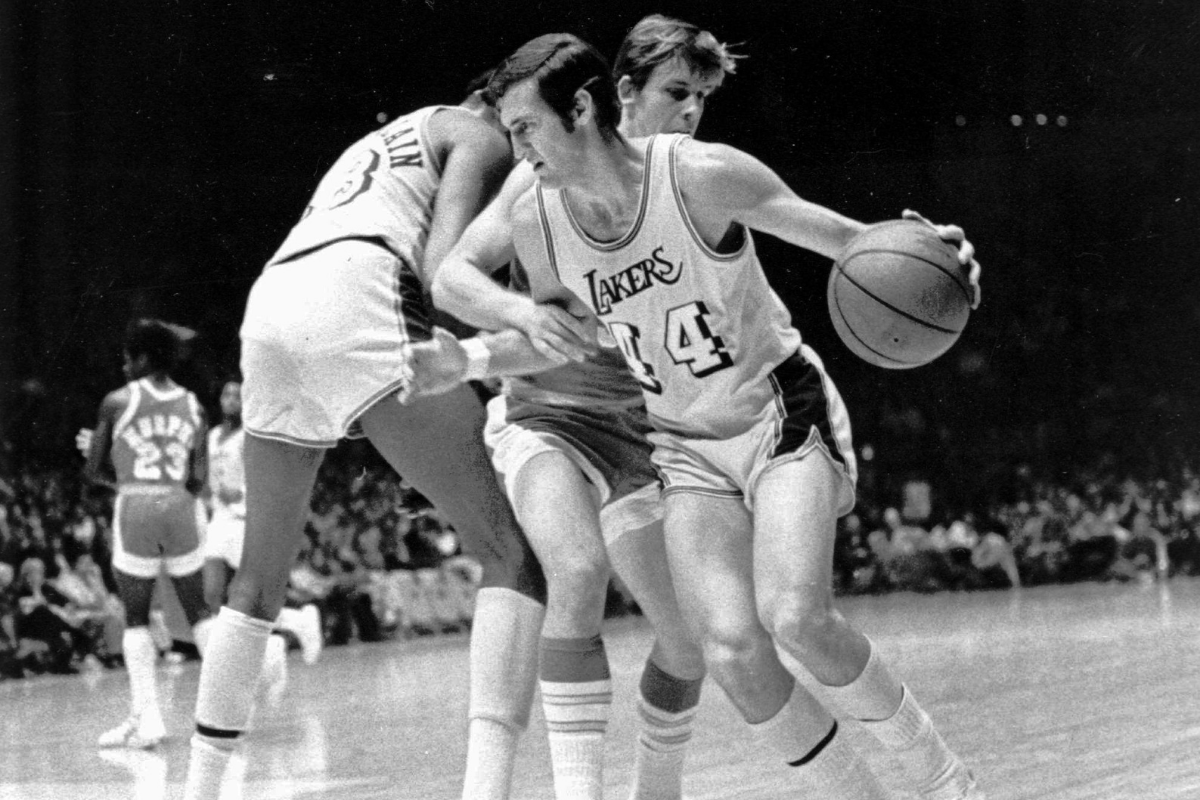 Jerry West has been a part of the NBA one way or another since 1960. His attendance started with a 14-year playing career and transitioned into a front office role for three franchises. These days, West is perpetually omnipresent in the form of the NBA logo.

At every stage, West has found success. His unequivocal talent placed him among his era’s upper echelon. His understanding of the game led to the construction of several championship teams. In 14 years on the floor, West’s resume is among the best:

? No. 44 retired by Los Angeles Lakers

Preface this with an NCAA Final Four Most Outstanding Player Award and two First-Team All-American selections at West Virginia, and West sports one of the most prolific careers in basketball. The East Bank High School legend and Oscar Robertson also led the United States basketball team to the gold medal at the 1960 Rome Olympics.

West is undoubtedly one of the all-time greats, but he has one blemish: his NBA Finals record.

As one of the best players in college basketball, West was selected second-overall in the 1960 NBA Draft by the Minneapolis Lakers. The team moved to Los Angeles shortly after. In his 14-year career, the shooting guard had nine NBA Finals appearances. His record? 1-8. The most finals losses by one player in NBA history.

Mr. Outside had the unfortunate circumstance of playing in the thick of the Boston Celtics dynasty powered by Bill Russell, Bob Cousy, and head coach Red Auerbach in the 1960s. The C’s won 10 NBA titles in West’s career, including eight-straight from 1959 ? the year before he entered the league ? to 1966.

Of that dynastic run, West’s Lakers fell on the losing end four times. The Philadelphia 76ers broke up the party in 1967, but Boston regrouped to win consecutive titles in 1968 and ’69 ? both at the expense of the Lakers. Zeke from Cabin Creek made history as the only player on a losing team to win Finals MVP in ’69, averaging 37.9 points, 4.7 rebounds, and 7.4 assists in seven games.

LA thought they dodged a bullet in 1970 when the New York Knicks emerged from the East, but Willis Reed and Walt Frazier steered NYC to the title.

In 1972, under first-year head coach Bill Sharman, the Lakers went on a still-standing record 33-game regular season win streak and finished the season 69-13. In the NBA playoffs, Mr. Clutch exacted his revenge over the Knicks in a 4-1 series win to capture his first and only NBA championship. Wilt Chamberlain was named Finals MVP.

The Hall of Famer reached the Finals one last time in 1973 against the Knicks. New York won the rubber match, 4-1. West retired as one of the league’s most well-liked players after the 1973-74 season.

Elgin Baylor, West’s longtime teammate, is the only player to reach more than five NBA Finals and not win a title. He also fell victim to the Celtics 60s run. LeBron James is third behind West and Baylor for worst Finals record at 3-6 (for now). Michael Jordan is on the other end of the spectrum at a perfect 6-0.

West ascended to the coaching ranks in 1977. In three seasons as head coach, he racked up a 145-101 record and reached the playoffs every year. The Lakers, led by Kareem Abdul-Jabbar, reached the Western Conference Finals in 1977 and were swept by the eventual champion Portland Trail Blazers. West stepped down after the season.

He then worked as a scout before becoming the Lakers’ general manager in 1982. He helped construct the LA’s dynasty spearheaded by Magic Johnson, Abdul-Jabbar, James Worthy, and head coach Pat Riley in the 1980s. The team won five championships in the decade.

West won NBA Executive of the Year in 1995. He took that and one-upped himself by trading for Kobe Bryant in the 1996 NBA Draft and signing free agent center Shaquille O’Neal. That duo, guided by head coach Phil Jackson, won three consecutive championships from 2000-02.

West went East following the Lakers’ ’02 title to take on the general manager role for the Memphis Grizzlies. He helped build a playoff team with Pau Gasol, James Posey, Jason Williams, and head coach Hubie Brown. West won a second Executive of the Year Award in 2004. He left Memphis in 2007.

West served on the executive board of the Golden State Warriors from 2011-17. He earned his latest championships as an executive with the nucleus of Steph Curry, Klay Thompson, Draymond Green, and Kevin Durant. In 2017, West left to become an executive board member of the Los Angeles Clippers.

West was one of the game’s greatest players who couldn’t find much luck in the championship round of the postseason. That luck turned around in front office roles, where West’s magic touch has built three of the league’s dynasties in the past 40 years.

With so much success on and off the court for 60 years and counting, it’s no wonder he’s the logo.